Skywhorl is a twisting stairway branching off into side-stairs, bar-rooms, market halls, and grand parlours claimed by Astral Cults. It sits in one of the lesser known quarter of Bastion. 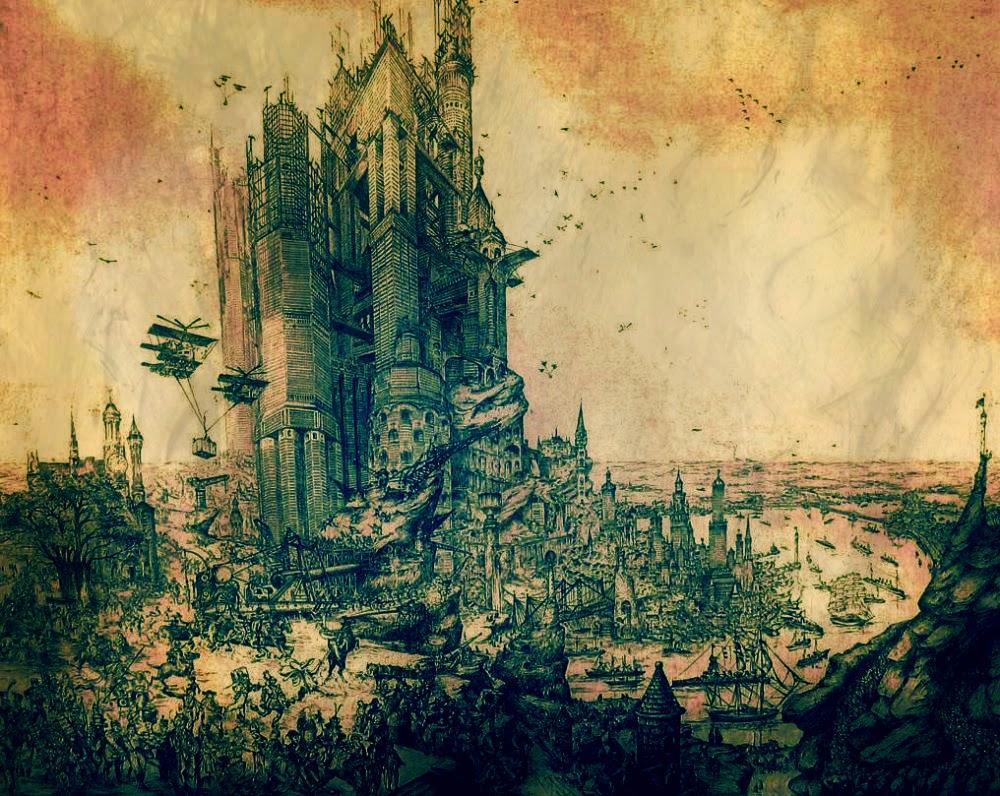 1 - Screaming Bastard Revival
Papa-Beast Maunder (STR 14, 10hp, Ceremonial Furs, believe he is pregnant with the Screaming Bastard, a hulk that will wipe evil from the planet. Wants to gather an army to protect himself and prepare a nursery for baby Screaming Bastard)
Screaming Maniacs (STR 12, 6hp, Swords, Shield Armour, always beardy and screamy)

2- Corpse Mansion
Ultramatyr Grandee-Sod-Arr (STR 5, DEX 5, WIL 15, 14hp, ramshackle barely-walking mummy, she is effectively immortal, and claims to be able to teach her method to others through pain ritual. Wants to create a super race of immortal mummies and live to see the future.)
Pasty Skulks (4hp, DEX 13, Daggers, Black Cloaks and Round Hats)

3- Total Data
Big Entity (STR 18, DEX 5, 15hp, Armour 2, Liquid Metal Suit that relies on a huge charging pod. Claims to be all knowing through symbiosis with his suit. Wants to find a way to take his suit into the Polar Ocean, and recruit his former friends to his cause.)
Machine-Obsessed Thugs (9hp, Clubs, Pistols, Elaborate but ineffective lead breastplates)

4- Galaxy Crisis System
Planet-God-Speaker (7hp, Claims he can talk to the planet and steer it to avoid cosmic collisions. Wants to keep everyone believing his lie by subtly impairing their observations)
Fat Academics (3hp, Pistols, Telescope always at one eye)

6 - Wordstorm
Vellheema Sorn (WIL 17, 9hp. Can read books instantly by placing her hand on them. Claims there is a pattern hidden in all books that will reveal the location of the promised city. Wants to find the promised land and keep her book collection secret.)
Shifty Book-Collectors (2hp, Pistol, thick-rimmed monacles)