It's telling that Bastion has railways, but nobody really uses it for long-distance passenger travel. Who'd want to go to the Failed Cities anyway? 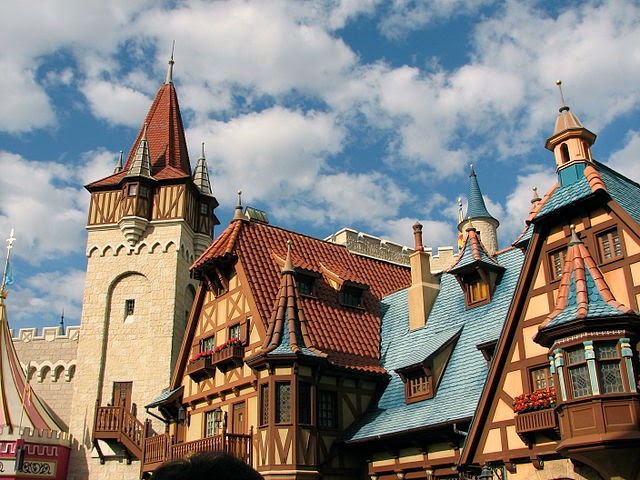 d12 Harfluff Encounters
1-4: d12 Feckless Peasants (WIL 6, 2hp, Rags and Rocks). Want to avoid the wrath of the Grand Duchess.
1: Yelling questions into a well. There is a holographic remnent of Moth-Man-Like being trapped inside, but the peasant's wishes are so mundane that he's been hiding from them for the last few months.
2: Shoddily attempting a song and dance number in the square about the pleasures of simple peasant life, but everyone is out of sync with each other, and people keep falling over.
3: Hunting the Mock Fox through alleyways, claiming whoever catches him will get a reward from the Grand Duchess.
4: Working together to create a gigantic fruit cobbler to donate to the Grand Duchess. It's all going wrong.

5-7: d6 Nobles (STR 14, 8hp, polished swords d8, inordinately fancy clothes and makeup bordering on mime-like). Want to make sure nobody works out they have no noble claim at all.
5: Riding through the streets yelling "ALL HAIL THE GRAND DUCHESS" without any real purpose.
6: Handing out invitations to the Grand Ball, and going to great lengths to ensure that all peasants know that they aren't invited.
7: Gathering peasants to give them extremely specific details about a new shipment of impossible clothes that they require (transparent dresses, mirror-hats, weightless sashes etc).

8-10: Keeshum, Mock Fox (STR 6, DEX 16, 9hp, Crossbow d8, Huntsman's Clothes, Shpeesh Impeshiment, 1g bounty on his head from the Duchess, Felt Fur and Googly Eyes). Wants to be accepted into the community despite everyone hating him.
8: Trying to confuse a big dumb peasant into letting him free, rather than claiming the bounty.
9: Hunting rats and cats in the gutter.
10: Naked and trying unsuccessfully to pass as a real fox so he can watch the peasants safely.

Ashcan (Formerly the Republic of Wolvendergradia) 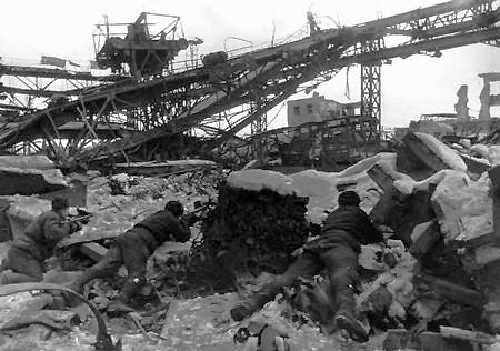 d12 Ashcan Encounters
1-4: New Mind Movement Troop (detachment, 8hp, Musket d8, shaved head and beards, red uniforms covered in dust). Want to return Ashcan to peace under the rule of the Mechanical Mind, a machine (WIL 20, 10hp, treat as a Structure, wants to keep the war going as punishment to mankind) locked deep in a vault.
1: Collecting scraps of machinery to take back to the Mechanical Mind.
2: Painting a giant mural of the Mechanical Mind titled "DEATH TO WRECKER MEN".
3: Burying Wrecker Union Warriors in a mass grave.
4: Listening to a stirring speech from the Mechanical Mind's Anointed Speaker, who has a crackling megaphone in place of her mouth. The speech promises that the Mind has nearly calculated the perfect strategy to restore the city to peace, but until then the Wrecker Union must be wiped out.

5-7: d12 Wrecker Union Warriors (5hp, Musket d8, Hatchet d6, Hand-Bomb d10, Bushy Moustaches, grey boiler-suits)
Want to turn Ashcan to dust so that it can be rebuilt fresh, and destory the New Mind Movement.
5: About to detonate a bunker where a few surrendering members of the New Mind Movement are hiding.
6: Fruitlessly throwing bombs into a ruined tower in order to drive out Murderdust (who isn't there).
7: Marching towards the suspected location of the Mechanical Mind in order to blow it up.

8-10: d4 Gunner-Elephants (STR 19, DEX 3, WIL 3, 10hp, Armour 2, Trample d10, Mounted Cannon d12, requires crew to fire)
8: Aimlessly rampaging without their crew.
9: Controlled by a crew from the New Mind Movement and heading to besiege the Wrecker-Union's headquarters.
10: Peacefully washing in a mostly dry river, as a crew from the Wrecker Union stalk them in preparation to take control.

11-12: Murderdust (STR 14, DEX 16, WIL 10, 13hp, Dust Cannon d8 and creates cloud of dust, straight sword d6, grey full body armour (1) made from impossibly light metal, lots of bombs, dramatic whisper). Wants to carry out guerrilla warfare on both the Wrecker Union and the New Mind Movement so that the city can find peace again.
11: Stalking an officer of the New Mind Movement in preparation for assassination.
12: Sneaking bombs into a tunnel that leads underneath the Wrecker Union headquarters.

Design Note
I had a short paragraph of description for each of these cities, that I decided to delete. Instead, I've tried to ensure that all of the content in those paragraphs is somehow projected through the encounter tables.

This post has been funded by my generous Patrons. Follow the link to see what you can do to support more Soogagames material.
Posted by Chris McDowall at 11:55