Inspired by A Red and Pleasant Land's Pseudoturtle, which is presumably inspired by Wonderland's Mock Turtle. Further inspiration came from my ongoing musings of the nature of animals in the fiction of A Muppet Christmas Carol and Muppet Treasure Island.

Bastion is a creative city, and many of the creators are fascinated by animals.

Despite some similarities to Animal Sovereigns, Mockeries are very obviously different. Limbs might be carved from wood, faces molded out of clay, and skin from felt. Think of how you might move a puppet, in place of how a real animal would move. They may be dressed in special clothes and be somewhat humanoid.

Some are imitations of vegetables or other objects, rather than creatures.

They share the following features, unless an exception is noted:

- They are made out of artificial material, so practically any damage is repairable.
- They talk and sing, but tend towards base intelligence.
- They do not need to eat or sleep, and are unaffected by alcohol and disease, but pretend as part of their life imitation.
- Real animals hate them. Children love them, unless they're horrifying. 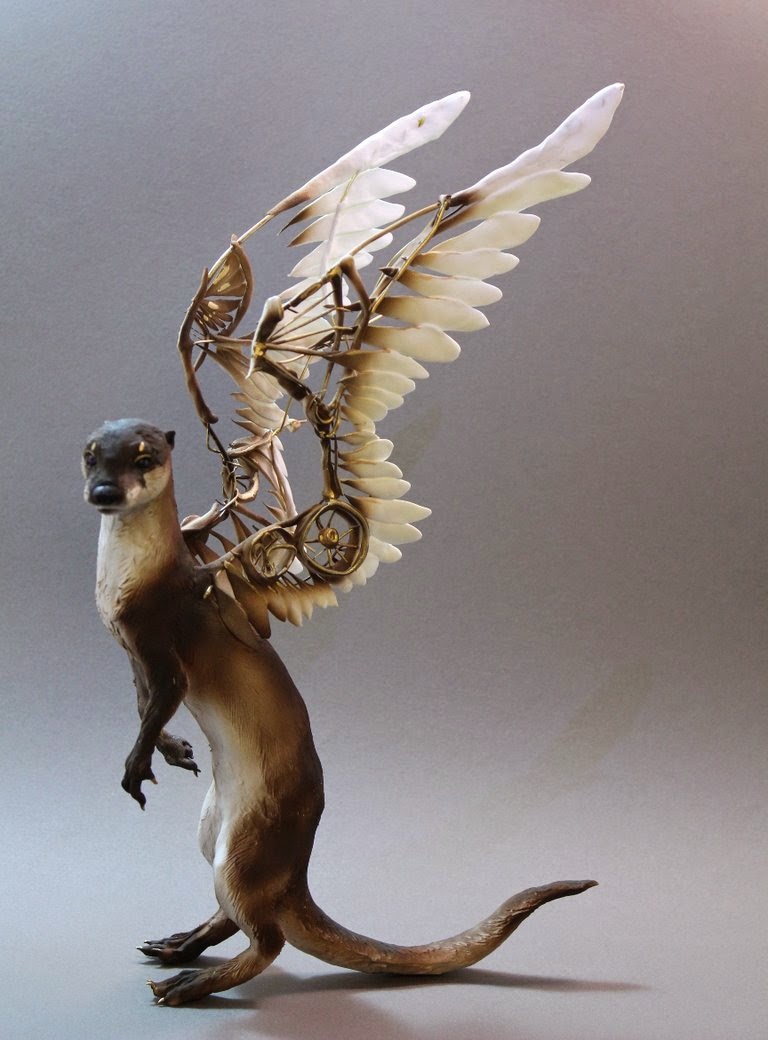 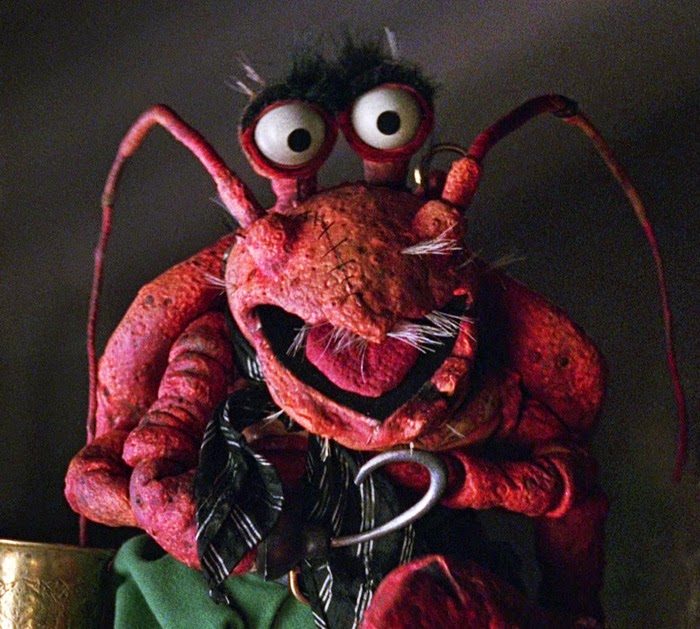 Mock Lobster
STR 4, DEX 10, WIL 16, 12hp, Armour 1, Claws (d4), ridiculous little pirate outfit.
Wants to live an exciting life and betray his current master in an amusing way. Spouts pirate cliches in an idiotic voice but is actually centuries old, with keen seafaring experience. Only gives good advice when it suits him. Terrified of going into the sea with real lobsters. 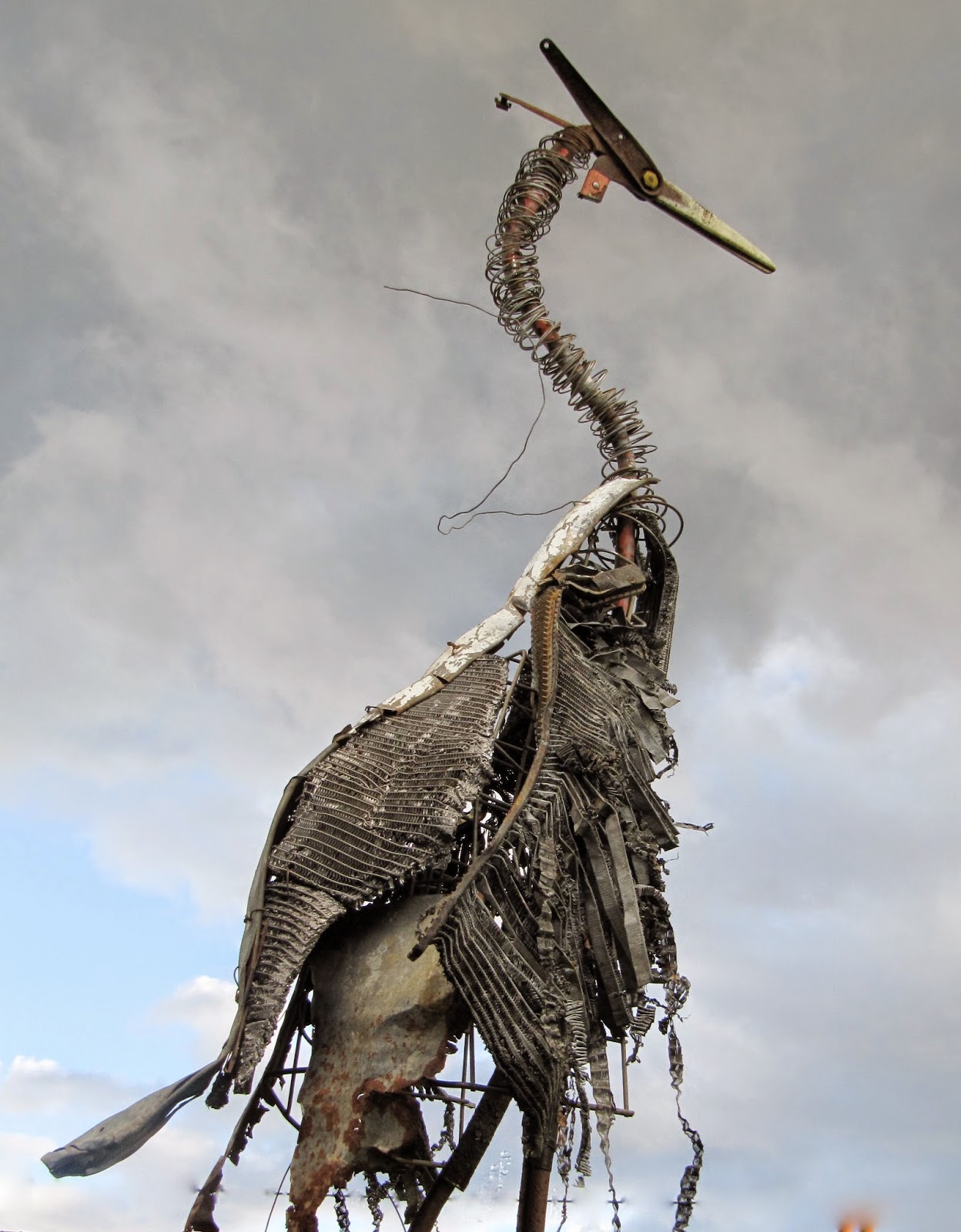 Mock Heron
STR 12, DEX 14, WIL 11, 8hp, Armour 2. Copper Beak (d8), endless supply of trivia.
Wants to enforce good study at his University, and feed on fish-based delicacies. Any student caught not making the most of their academic opportunity is violently pecked and bombarded with facts, until they promise to get back to work.

1: Mock Toad - Well-meaning host with disgusting habits. Gets depressed if nobody likes his stomach-turning meals.
2: Mock Rhino - Simpering coward prone to devastating clumsiness. Fond of depressing poetry.
3: Mock Hog - Top-hat-wearing gourmands that never pay their bills. Think any suffering is hilarious.
4: Mock Mole - Sits in a breast-pocket and points out the obvious in an annoying voice. Claims to know the direction to treasure but leads you nowhere useful.
5: Mock Octopus - Master of puzzles. Always bored with even the most exciting happenings.
6: Mock Spider - Crime-lord sending other Mock Creatures out on jobs. Speaks only in riddles.
7: Mock Crow - Petty criminals that tread Bastion's rooftops and throw rotten fruit at passers-by.
8: Mock Skeleton - Performs elaborate dance routines warning of deathly hazards in the Underground.
9: Mock Mallard - Intrepid explorer of far-off lands, barely understandable quacking voice.
10: Mock Jelly - Quivers in fear of being eaten, but is actually inedible. Won't shut up no matter how much you reassure it.
11: Mock Dolphin - Overly friendly academic, sprays water at inappropriate moments.
12: Mock Croc - Underground thug for hire, loves bad jokes.
Posted by Chris McDowall at 13:53