Of course there are settlements between Bastion and the Golden Lands. Some of them sit on little islands, so let's see which one you hit. 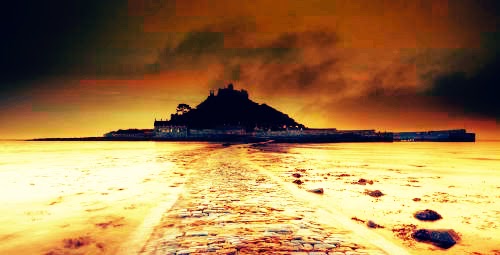 1: Library - A few brick houses skirting outside a circular metal shrine. Inside the Librarian guards all knowledge ever, taking the form of a big yellow holographic head. People line up outside to seek his council, but he generally only sees d6-1 people per day before bellowing LIBRARIAN MUST STUDY across the island. His answers are based on combined belief of the people on the island, and have no grounding in fact. If people leave the island, his presence becomes smaller and stupider.
2: Talva - Ornate, black city of canals and bridges built as a prince's mausoleum. A few miserable, hungry people potter about its empty buildings. The water is black and acidic, with only chitinous sharks left as the only food source. They're getting better at catching fishermen off guard. Ground has been salted so nothing can be grown. Arcana do not function here.
3: Antivoy - A glowing hole in the ground at the top of a grassy peak cropping out from the sea. The tiny community of artists and philosophers claim looking inside gives inspiration into the truths of the world. In reality it causes a mild seizure with distressing nightmares for the d10 hours that the victim is unconscious, losing 1 WIL each hour. A few no-nonsense mountain men think anyone that looks into the light is an idiot, but will happily take money off people to guide them to the peak.
4: Wispra - A dozen crooked temples nested on a rocky crag, each holding a mostly-silent brotherhood of monks guarding a unique and terrible secret. They can't resist trying to discover the secrets of the other brotherhoods, mostly out of boredom. Big pelicans attack anyone that stays outside for too long in daytime.
5: Suffpit - Rickety wooden walkways around a colossal, foaming whirlpool. A cult worship the phenomenon and encourage offerings to be thrown in. They seek a chosen one that can survive swimming from one side to the other. Supremely meaty salmon romp in the waters at breeding time.
6: Umnergrotto - Huge cavern inside a glowing, crystalline mountain. Thousands of mining families dig deeper in search of the source of its glow. Water that flows from the mountain also glows, but is a painful neurotoxin, but can be brewed, losing its glow. Pig-sized flying bugs are a good food source as fleshy young, but mature adults grow hairy shells and crocodillian jaws. 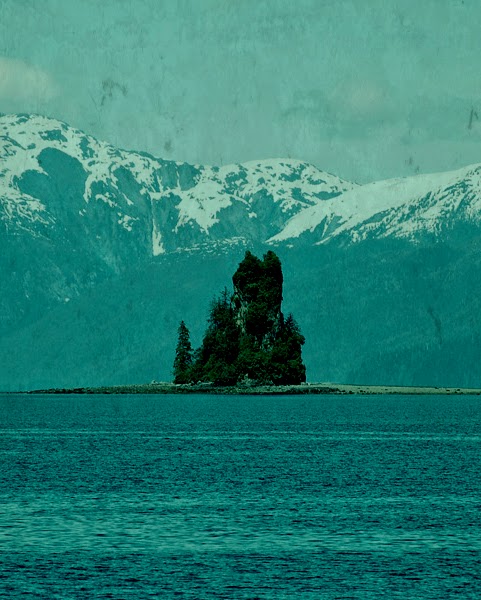