Outside the gates Bastion's New Progressive University, a canal-yacht beckons freshly graduated students, with some of their parents' money left to burn. For just 50s you can ride the Free Spirit into the mysterious underground and back. On your way you'll be guided through the subterranean world by Severin Sistern, young heir to the Portwell-Sistern brandy empire. 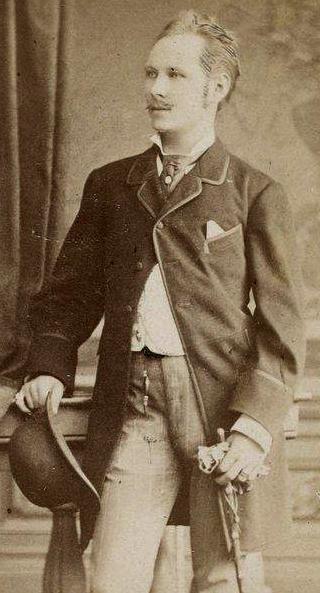 Severin Sistern - Privileged World Traveller
STR 10, DEX 6, WIL 14, 3hp, Fancy Hide Jacket, Fake Musket (d0), Machete(d6), Fertility Idol.
- Tell you a story, in a patronising manner, about his years of exotic travel.
- Exaggerate his familiarity with the Underground.
- Cower from any real danger, under the guise of "letting you discover the world for yourself."

Rules of Passage
1: Everyone must be open to sharing an experience together.
2: Keep your arms inside the boat at all times
3: Stash all weapons in the storage locker.
4: No refunds. 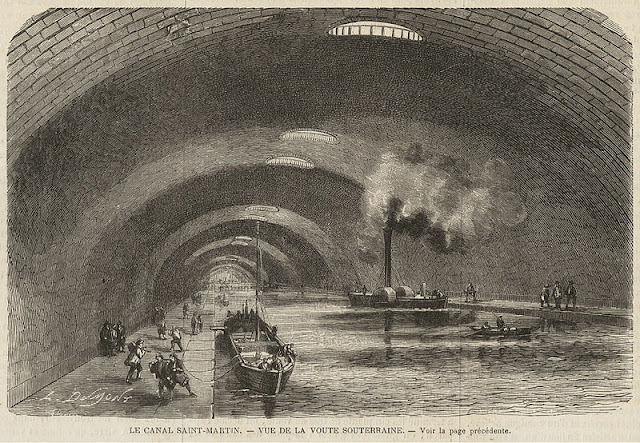 The canal takes the following Route, each section lasting around 30 minutes.
1: The Sewer. A stinking stretch of narrow canal with gross weeds hanging down from the roof.
2: The Cavern. A glittering forest of crystals, with neon-paintings on the wall (fake, by Severin) depicting clues to the scripted scares.
3: The Rapids. A winding, white-water decent with bats and bugs. The Yacht takes d6 damage.
4: The Lagoon. A vast underground lake dotted with piles of floating debris.
5: The Drop. A mossy cave riddled with squeaking lizards and bubbling hot water, ending in a 50ft plunge dealing d6 damage to the yacht.
6: The Lift. Abandoned mining tunnels ending a masterpiece of hydro-engineering that raises the yacht back to the surface, but only works 50% of the time. If it's broken there's a rather anticlimactic ladder climb back to street level.

Roll d6 at the start of each section. 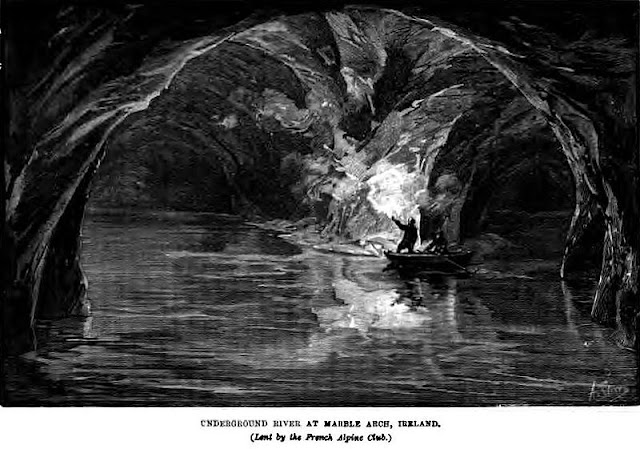 1-4: d6 Inside-Out Men (Severin's Lackeys in Organ-Suits) 4hp.
What are they doing?
1: Performing a highly rehearsed song and dance number Don't Go Into the Underground.
2: Caught on a smoking break before performing their song and dance number.
3: Breaking character and running from a Real Horror that's nearby.
4: Trying to gross out the passengers by rubbing their organ suits up to them.

5-8: The Witchety Worm (Lackey dressed as worm-faced hag) 4hp.
What are they doing?
5: Slowly approaching the boat with a cloth doll before screaming and banging it against the side.
6: Pointing at one passenger You! You won't make out of here!
7: Calling out for her young to come home for dinner.
8: Begging Severin to take her back to the surface, which he refuses before shooting her "dead".


What are they doing?
9: Mooing with disinterest.
10: Eating grain from a pretend corpse.
11: Being chased around by a Shell Urchin.
12: Lying butchered in a pile.


What are they doing?
13: Begging for coins and asking if any of the passengers are their mummy.
14: Clacking at each other with their fake claws.
15: Calling out to Severin, Father! Take us Home!
16: Sat in a circle chanting Click Clack Nick Nack Down Down into the Black.


What are they doing?
17: Something's gone wrong with the mechanism and only one limb is swinging menacingly, the rest hanging limp.
18: Roaring and yelling at the passengers.


What are they doing?
19: Severin whispers Why do you come into the darkness? and presses one passenger for answers.
20: Severin yells NONE WILL COME BACK ALIVE MWAHAHAHAHA with extra ham. 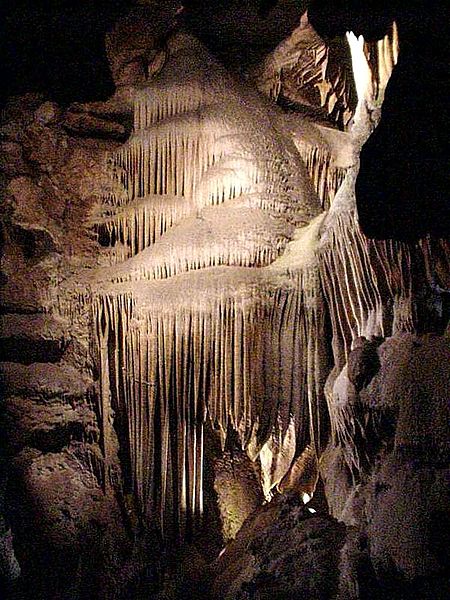 
What are they doing?
1: Butchering Man-Cattle and rubbing themselves in the blood.
2: Playing their Droning Pipes and reacting with hostility to any interruption.
3: Carrying around the looted puppetry of the Boggoth with much amusement.
4: Lying in wait to hurl glowing poisonous giant millipedes (STR 3, 1hp, d6 Bite, swolen-bursting-death on Critical Damage) at the passengers.


What are they doing?
5: Offering Underground Mead to any passers by. It's gross and causes loss of d6 DEX.
6: Looking into his Peering Hole, a pool that shows nearby treasures (including any carried by the passengers)
7: Preaching loudly about the Smogfather, who is in the middle of cleansing the surface of Bastion so that those in the underground can inherit the city.
8: Trying to sneak aboard to get passage to the surface.


What are they doing?
9: Watching silently from the darkness.
10: Barking out loudly as d12 more Eye Toads start to appear.
11: Fleeing from the Mock Kraken, who they are trying to observe from a distance.
12: Just in the middle of tearing some Man-Cattle to bits and eating the remains.


What are they doing?
13: Arguing back and forth about which way to the drinking hole.
14: Bullying a smaller lizard girl by dunking her head under the filthy water.
15: Selling genuine underground food to passers-by. In reality it's just pots of filth they want to trick you into eating.
16: Preparing to throw a bomb (d12) at the yacht to raid for supplies.


What are they doing?
17: Reaching out for companionship, pulling anyone that will welcome his grasps out of the yacht to see his leathery grin and exchange pleasantries.
18: Eating one of the Lobster-Urchins with tiny nibbles.


What are they doing?
19: Severin suddenly cannot speak before vomiting uncontrollably. The word LIAR can be heard with each retch.
20: Severin starts to bleed from his nose, then his ear. Then drops dead in a heap.
Posted by Chris McDowall at 12:59