So if you want people with truly unique skills you know Orders. Those guys typically have their own agendas and, although you might work alongside them at some point, they aren't someone you can just throw money at and they'll follow you into some hole. 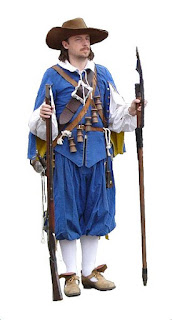 So let's blow this up.

If you look around a Slum roll 3d6 on the Lackies table and 2d4 on the Mercenaries table. These places are horrible to look around.

If you go to a Dangerous Workers' Union Club roll 3d6 on the Mercenaries table and 2d4 on the Experts table. If you aren't part of the union everyone is rude to you and makes you do a pile of paperwork.

If you go to the Specialist Individuals's Grooming Lounge roll 3d6 on the Experts table. This place is fancy and the old rule is that you have to buy a drink to get inside. The cheapest is a humiliating Strawberry Spritz for 1s and the most finest is a Centurion Brandy for 1G a snifter. The safe bet to avoid humiliation is a Bitter Gin for 5s.

If you roll multiple of the same type of hireling they're a team and will only work if hired together. Roll d6 to see how they're connected.
1: Older mentor and student(s)
2: Over-affectionate lovers (if 3 or more they're a group-thing or there's a bitter third-wheel)
3: Father and Daughter(s)
4: Mother and Son(s)
5: Charismatic individual and admirer(s)
6: Psychically Linked Twins (or Triplets etc.)

As usual Ability Scores are 10 unless noted otherwise. 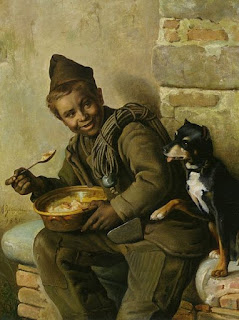 Lackies
Cost 1s a day and do something very specific. Accepting of general danger, but they won't get directly involved without persuasion.
1: Sweep - DEX 16, 6hp. Telescopic brush. Can squeeze through any gap they can get their head in.
2: Busker - 2hp. Musical instrument. Will tell stories and sing songs to try to raise spirits.
3: Urchin - STR 5, DEX 15, 1hp Will sneak around and look pitiful.
4: Digger - 3hp. Mattock. Will break things and do other grunt work.
5: Runner - 5hp. Staff (d6). Will run ahead and take messages around.
6: Tough - STR 15, 4hp. Big Hammer (d8). Will push around those weaker than them. Not so keen on targets that fight back. 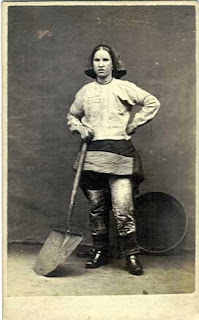 Roll d12 for each Lacky's Twist from this table.
1: Exceptionally dirty, even for someone from the slums.
2: Actually a noble poorly disguised to live amongst the poor as some sort of spiritual experience.
3: Mute.
4: Actually a dog that's been trained to do this job pretty well.
5: Needlessly violent and angry.
6: Religious zealot of some Star-Cult, prohibiting them from all sorts of things.
7: Astral abduction survivor.
8: Diseased, but works for half the normal fee.
9: New arrival to Bastion from Deep Country.
10: Lives in the Underground and knows about all horrible things.
11: Says they have a claim on the true Crown of Bastion.
12: Massive criminal record with the local guards. 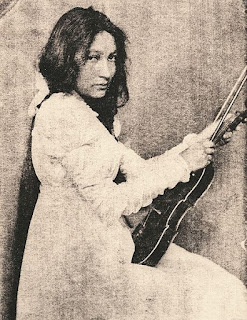 Mercenaries
Cost 5s a day and are up for dangerous work.
1: Handler - 4hp. Terrier 1hp, d6 Bite. Will get their dog to sniff things out and do other doggy things.
2: Musketeer - 8hp. Musket (d8), Bayonet (d6). Will shoot things. Sing war songs and shout HURRAH.
3: Adventurer - 9hp. Pistol (d6), Cutlass (d6). Will try to be one of the party and take treasure for themselves.
4: Scout - DEX 15, 7hp. Bow (d6), Knife (d6). Will look ahead, give survival tips, but not much for fighting.
5: Champion - 10hp, Claymore (d8), Modern Armour (1). Will fight dramatically alone, but always wants the glory for themselves. Demands an additional 1s for dangerous foes.
6: Sapper - 6hp. Bomb Kit (can make a bomb in an hour, and has one prepared), Pistol (d6). Will blow up things and help with some construction. 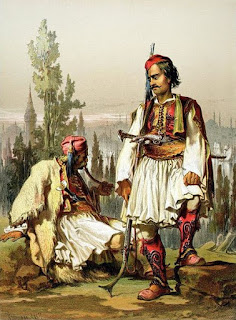 Roll d12 for each Mercenary's Twist from this table.
1: Revolutionary that hates any sort of establishment.
2: Mind-numbingly idiotic.
3: Argumentative Humanist that thinks all bad things come from Cosmic Interference.
4: Follower of one of the Cosmic Angels, with a home-made costume.
5: Pretentious snob that thinks they're above everyone else because they sometimes eat fancy food and go to the theatre.
6: Cigar-smoking badass.
7: Working one last job before retirement. Reduce to 1hp.
8: Thinks they can talk to animals, but they can't.
9: Dark clothes, lone wolf, won't work with any other hirelings. Thinks they're so cool.
10: Believes they have a Guardian Spirit watching over them. When they're in mortal danger there's a 1-in-20 chance it will materialise as a 10ft flaming snake with one eye (15hp, Immune to physical attacks. Spray Fire for d10. Vanishes once the Hireling is safe).
11: A smug member of the Universal Servants that insists their pay go to charity, but will claim expenses for the smallest things.
12: Rampant anti-revolutionist that thinks anyone disrupting the order should be hung. 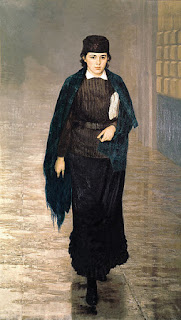 Experts
Cost 10s a day and have a specialist skill as well as general smarts.
1: Explorer - 6hp, Pistol Brace (d8), Fancy Exploration Gear (compass etc). Will aid in navigation and advise on situations based on their own travels.
2: Marksman - 4hp. Long-Rifle (d10). Will sit back and shoot things, but won't get their hands dirty.
3: Academic - 1hp. Pistol (d6). Will advise using broad booksmarts (History, Science, Law etc) and take notes of new findings.
4: Catburglar - DEX 18, 5hp. Grappling Hook, Ether. Will sneak into places and find hidden paths.
5: Doctor - 2hp. Medical Kit. Will patch up wounds and allow for a Full Rest even without being back in civilisation.
6: Engineer - 3hp. Scattergun (d8), Toolbelt. Will advise on all sorts of devices and come up with a temporary fix for anything. 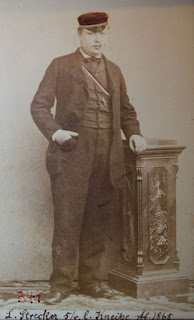 Roll d12 for each Expert's Twist from this table.
1: Secretly has an Arcanum (roll on the Starting Arcanum table in the book)
2: Member of an over-protective noble family that will seek revenge if they die.
3: Needlessly greedy, wants double the normal fee.
4: Has a Lacky servant that follows them everywhere.
5: Has utterly zero experience of the world outside of studying their expertise.
6: Mechanical arm.
7: Total snob that will complain about everything.
8: Child Prodigy.
9: Seems to be incredibly noble and good-hearted, doing this work to save a dying sibling or something.
10: Raging alcoholic.
11: Will only work if they're technically appointed joint-leader of the expedition.
12: The best at what they do. Everyone is in awe of them and they get an extra 5hp. They live up to the hype, but will only work this one job and then move on.
Posted by Chris McDowall at 10:26