The Oddegon is a huge blue steam train (12hp, Armour 3) with the face of a screaming old man. A year ago it blasted off on its maiden voyage, overloaded with three hundred passengers, and didn't return.

The intended route was:
- Leave Bastion under a blessing ceremony.
- Barrengap. A hail-battered mining town on the near edges of Deep Country. Full of people that hate Bastion and technology, but they begrudgingly refill coal supplies.
- Riddled-with-Worms (Pronounced Riddla-Worrum). Quaint village on a lake obsessed with servicing trains that pass through. Treat drivers as celebrities.
- Petal. A failed city of disease and wine, pointing out to the Golden Lands. Mostly empty beside a few sailor caricatures offering to take people off the continent.
- The Dumb Pike. Site of Pilgrimage for several Star Cults. An extinct volcano that flashes like a strobe from its crater on some nights. Most of the passengers were headed here. Put a dungeon in here, draw a rail through it, and put the wrecked Oddegon at the end of it.
- Return to Bastion via Barrengap for refueling. 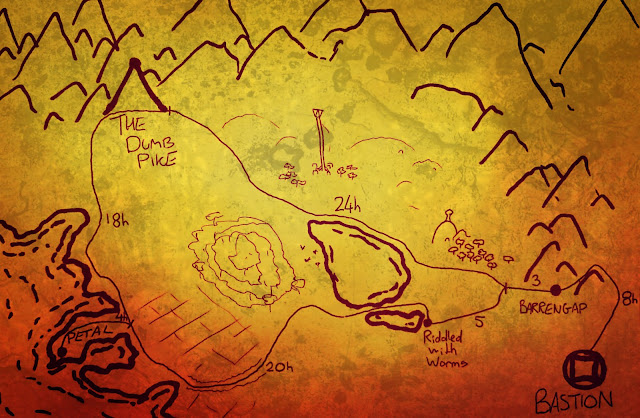 Travel Times are noted in hours, on foot. You also have a form of Rail Transport, which may be quicker. Roll d6 to find out what it is. .

Roll d6 once for the whole group to see who's coming along on the Search Party. All are Detachments.
1: Wreck Worshippers - 3hp, Hammers (d6), Stone Helmets. Want to marvel at wrecked machinery and structures.
2: Dumb Pike Pilgrims - 3hp, Spears (8), Astral Symbol Tattoos. Want to find the truth of Dumb Pike.
3: Bereaved Cult - 3hp, Muskets (d8), Flower Wreaths. Lost half their number on the Oddegon.
4: Pre-Paid Mercenaries - 6hp, Muskets (d8), Lengthy Contract. Serving a contract to a filthy rich entrepreneur aboard the Oddegon.
5: Loyal Pet Pack - 4hp, Teeth and Claws (d6), Collars. Inexplicably brought together as a collective mind in search of their lost owners on the Oddegon.
6: Investigation Retinue - 5hp, Pistols (d6), Broad Hats. Want to find unveil truth at any cost. 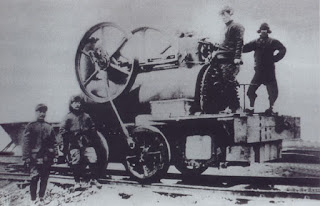 For each day's travel on the rail roll d12 for a Rail Encounter.
1-3: d10 Railmuggers - STR 13, 6hp, Pistol (d6), Bearded Mask and Cloak.
1: Lying in wait for you.
2: Drunk and feasting on stolen steaks.
3: In a butchered heap after being killed by Justicemen. 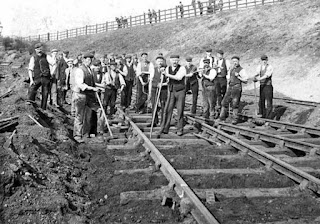 If you go off the rails, roll d12 each day for a Wild Encounter.
1-3: d8 Techno Hunters - 5hp, Extreme Crossbow (d8), Wooden Mask.
1: Following the scent of steam from the Oddegon.
2: Burning a pile of scrap machinery and trying to inhale the techno essence.
3: Target practice against a wrecked locomotive (not the Oddegon).

12: d4 Isolationists - WIL 15, 5hp, Boomgun (d8), Visored Helm
12: Harvesting ugly vegetables from a field with their visors down, totally oblivious to you. 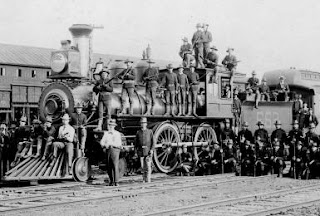 Labels: DnD, into the odd