Building a District of Bastion

What do you need to know about a district of Bastion to run a game based there? First, remind yourself of the Key Principles of the Odd World.

1. Bastion is the only city that matters.
2. Mysteries sit in plain sight.
3. Somebody has been messing with the world.

And, more importantly, the Key Principles of Bastion.

You'll use each of these as a way to generate something unique about your District in broad strokes. We'll get into generating the finer details another time.

Everything is here - Lay Out Bait

Give the district at least three interesting, and potentially useful hooks. Make the first hook your overarching concept for the district, something people will be able to remember. Use this as a link for each of the other hooks.

1. Sunken Docks host a weekly boat-market of curiosities.
2. The docks are overshadowed by an anchored, engine-less steamship (The Athrilla), bearing huge cannons and fancy whale design. Currently held by the Silent Gunmen (5hp, Muskets, Silver Full-Face-Helms), who intend for them to never be fired.
3. The Chute pumps waste into the docks via the Underground. Those that go against torrent can gain access to a long-sealed vault. 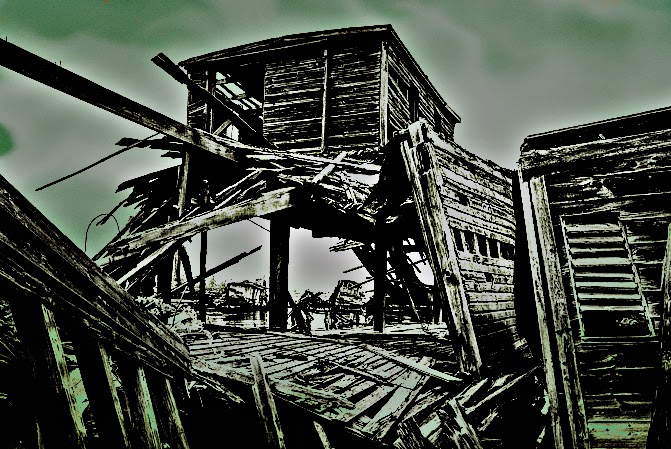 Nobody knows who's in charge - But somebody thinks they are.

Bastion is unruleable, but individual Districts can be dominated at least temporarily. Create some sort of power that sits on top of this region. They'll probably have some Detachments or Enterprises at their disposal. Think about who'd be able to leverage the hooks of District for power. If the boat-market is the key concept, whoever controls that probably controls the district. We already have another faction on the steamship, so we'll also try and factor in the Chute. Perhaps a weirdo from the Underground who has managed to gain influence with the boat traders.

Mrs Ballyhoo (STR 7, DEX 10, WIL 14, 10hp, Whalebone Pistol, Concealed Dagger, dirty blue wig, lots of pearls, unnatural ability to instantly assess any item for its true purpose and value. Takes cuts from each boat to allow them to trade on the market, sending away dishonest traders unless they bribe her. Wants to take the Atrilla from the Silent Gunmen to secure her dominance of the District.
2 Market Guard Brigades (4hp, Halberds, Puffy Yellow Uniforms and Boats)
Boat Market (d10g Income) 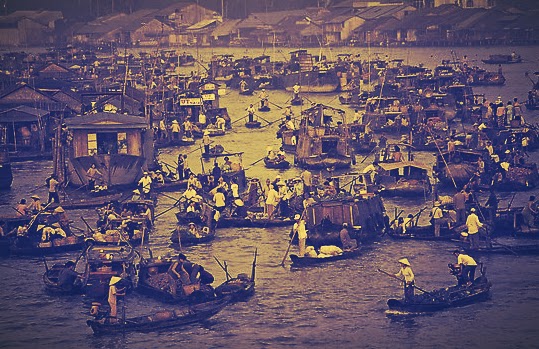 Everything is complicated - Create three obstacles that will get in the players way the whole time they're here. Each of these will have a strong link to the Power of the District.

The New Marketeers are a shrill band of teenagers wanting to set up their own market without Mrs Ballyhoo's influence. She's mostly unaware they even exist, but finds the concept adorable. Their alternative market is barely a few boats in size, and boasts little more than terrible sculptures and ineffective intoxicants. They have recently become noteworthy because of their affiliation with the Saltseers, and seeming immunity from the hunger of Brinegator.

Brinegator is a huge-jawed amphibious reptile unlike any other (STR 18, DEX 8, WIL 5, 13hp, Armour 2, d10 Jaws, black diamond spikes across whole body, dead white eyes) and somehow bears an animal grudge against Mrs Ballyhoo, attacking her whenever she braves the water. Her Market Guards are amused by this and, but she is terrified.

The Saltseers are two twisted old men, finely dressed, that dig themselves out of the silt each low tide. They give cryptic advice in return for salty food or rum, before burying themselves. They can't be dug up unwillingly. Mrs Ballyhoo has recently ordered her guards to banish anyone caught associating with them.Their advice is intended to see her overthrown, the district devolve into Chaos, and eventually for all of Bastion fall.

Finally, give it a name. I like one-word names that will help you remember the district.

We'll call this one The Brine.