Into the Odd Supplements

Some musings on Into the Odd Supplements for 2015
Into the Odd is a game about going on expeditions. Typically a small group. The goal is to find Arcana and wealth, and advance through the experience levels to become more competent. Common problems are environmental hazards, monsters, and traps. The main risk is a horrible death.
This is the game where you can make your fortune. 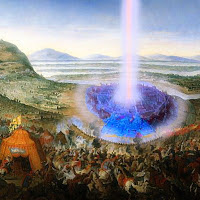 Bastion is a game about carving your place in a city too large to rule. The goal is to extend your influence through wealth, military power, or manipulation. Common problems are rival enterprises, enemies in powerful places, and nasty things coming up from the Underground.
This is the game where you can turn your fortune into a legacy. 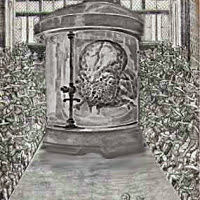 Golden Lands is a game about leading mass expeditions containing many organised detachments of troops, and at least one ship. The goal is to find the most powerful lost Arcana, and wealth beyond measure. Common problems are hostile lands, large-scale monsters, and depleting resources and morale. The main risk is leading thousands of men to their deaths, or having them shoot you in the back before then.
This is the game where you can throw all your power and fortune on one big job before dying in a crystal jungle. ﻿
Posted by Chris McDowall at 09:53

Labels: DnD, into the odd