Into the Odd has four classes of weapon.

And we're looking at that last class. Why are Heavy Guns the only class that rules out melee?

Was it designer oversight?
Are guns just better than melee weapons in this world?
Is it because the move-or-fire rule doesn't work with melee stuff as well?

All questions we can ignore, because Heavy Guns now has a sister-class.

Power Arms - Two handed, d10 damage, ultra-pricey, and each has their own downside. 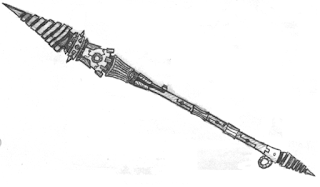 Drill-Bill: So clumsy that rolls of 3 or less are ignored entirely. 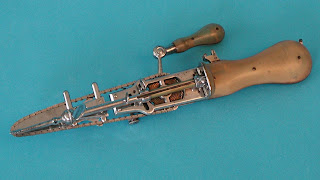 Bonesaw: If you cause Critical Damage the saw gets jammed up in the victim, requiring a round to remove. 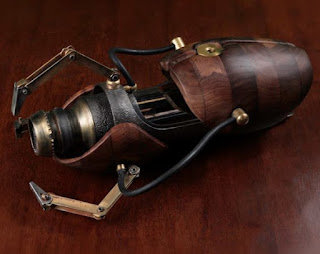 Impact-Pod: When you roll a 10, you take the damage. 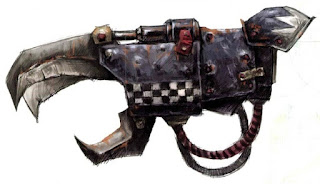 Strangler: Getting it installed on your arm is a permanent modification. 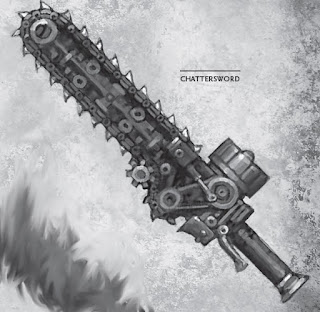 Chattersword: Incredibly loud, and takes a round to fire up. 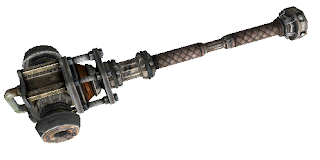 Demolition Hammer: Fitted with two charges, consuming one with each attack. Reloading charges requires a Short Rest.
Posted by Chris McDowall at 16:20