Bastion has been modern for a long time. This is the next step. 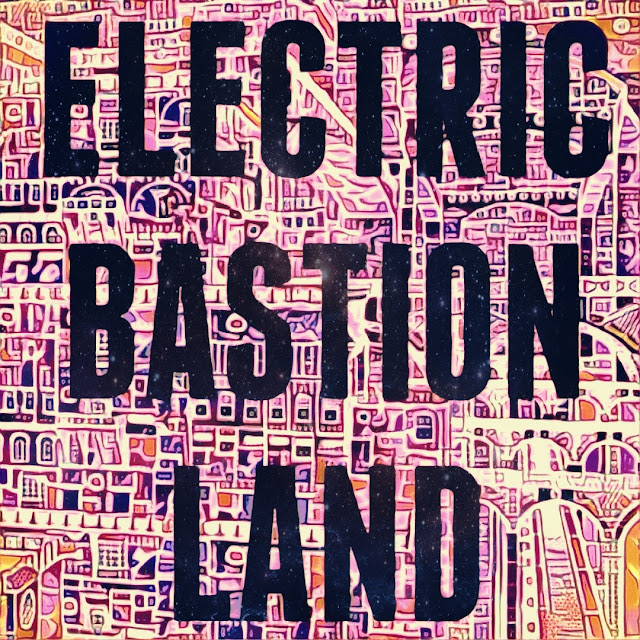 If you can think of something from the modern world, it's here, but in an old fashioned style. Slow, expensive, but extravagant cars. Rudimentary computers usually built for one specific task with clunky, room-sized hardware. Amplified instruments blasting out youth music.

The rule of thumb is "Early 20th Century" but remember this isn't alternate history. Bastion isn't London or Tokyo or New York, but you can pull whatever you like from any city on Earth, leaving behind the unwanted bits. If you want 1940s culture, you don't have to include the Second World War. It doesn't matter if cavalry became obsolete in our world, you can put them in there alongside the flamethrowers and mortars.

Politics, Religion, and Philosophy are three sides of a whole. People clothe their agendas and ideals in whichever of the three best suits them. Faith is less about the subject of your worship, more about what you do in their name.

Everything is shared. Nobody can run all of Bastion, so everything gets split up. Councils have overlapping authorities, there are public services for everything, and taxes are inevitable. If there's a problem, at least two people have tried to solve it. Less organised socialism, more a web of entangled responsibilities and authorities that nobody knows how to unravel.

One of the key ways I'm presenting the setting in Electric Bastionland is through Spark Tables.

You roll 2d20, taking the two results and smashing them together for inspiration.

This is a general Spark Table for Bastion, so you could use the results as the foundation for a place, person, event, or object.

The Bill-Nest
Atop rickety scaffolding, crowds of desperate people bring paper invoices, arrears, and debt ledgers, pinning them into the ever growing birdnest-like structure.
Urban myth claims that vengeful birds will see these and descend to murder cruel debt-chasers. This rarely happens, but more often the gathered mob decide to take matters into their own hands.

Ram Totem - Radical Noise Poet
Wiry, tall-haired young man with cheap metal prosthetic leg and arm down his left side. Lost both limbs in a revolution, and now spits the controversial view of suggesting we all just accept things the way they are. Yells his muddled poetry in youth hotspots, usually getting heckled in return.

The Common Man's Museum of Bastion (Informally The COMMMB)
Formerly a respectful memorial to the working class of Bastion, recently bought out by a conglomerate of wealthy factory owners.
Now depicts workers as lazy morons, but provides visitors with luxury facilities (including an especially good bar). As a result, it is currently under constant assault from protesters.
Posted by Chris McDowall at 16:29