Too Long in Deep Country

The wind is colder here. The hills are steeper. The wounds left by hungry birds sting more, and your soft city flesh gets infected with tough-skinned maggots.

But it's nice and quiet if you want to get away from things.

If you've had your fill of wandering, roll d20 to see which faint dot of civlisation you find, and what's happening there.

1-4: Banto Rest Lodge
An overgrown old lodge for retired sociopaths to live out their days tormenting each other. They'll put you up for the night but expect malicious pranks from the residents. 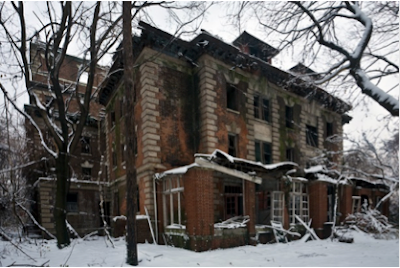 1: A little bald old man is going on a rampage because everyone else is pretending he's invisible. They're sticking to the prank far beyond the point of their own safety.
2: The Lodge Matron has put all the residents to bed early after a particularly bloody foodfight. Two bodies are being buried outside.
3: All the residents are pretending to be dead. Each has a 10% chance of just slipping into death during this prank.
4: The Lodge Matron is being roasted alive over a spit.

5-8: Futhkerskuff Ranch
A ranch with dozens of staff tending to just one animal, a huge titan-cow with rocky chunks of flesh that periodically fall off for meat collection (STR 19, DEX 3, WIL 2, 3hp, Armour 2, d10 Trample, Fights as Detachment). They'll give you a meal and bed if you do some work. 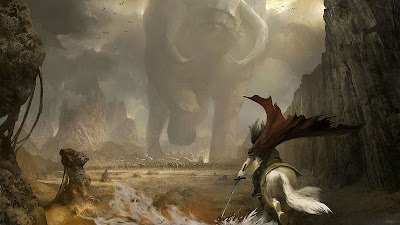 5: The titan-cow has broken loose from its unbreakable chain, and needs bringing back in.
6: The titan-cow has eaten all of the ranch staff, and it sits deserted beside the sleeping beast.
7: It's a great meat-harvest this week, so the staff are making the biggest stew in history. The meat is dry and gravelly.
8: The titan-cow has laid a boulder-sized egg, and the staff are arguing whether it's too dangerous to allow it to hatch. Apparently the young are very boisterous and don't know their own strength.

9-12: Leetdeane Practical Boy's School
A dirty old boarding school for children that parents want to disappear. You can stay the night if you can put up with the sobbing. 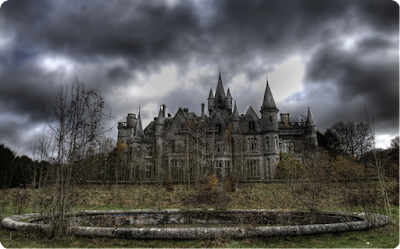 9: It's micro-lobotomy day, and the boys are having a small part of their brain burnt away by pouring a chemical up the nostril. Those that come out of the infirmary seem pretty content. Those going in are kicking and screaming.
10: A nearby (week's travel) school have come to take part in a Mallet-Match. Boys fight in teams of twelve with heavy wooden mallets, wearing leather caps for protection. The waist-or-below rule is not enforced well, and the last team standing wins.
11: The boys are being taught to use a macro-welder used in laying rails. You see a handful of boys almost die within the first few minutes of the lesson. If you leave them to it, 2d20-10 out of the class of 30 will die.
12: The boys have rebelled and locked the teachers up in the Time Out Cage. They're getting drunk, making huge sandwiches, and raiding the forbidden library for books about female anatomy.

13-15: Tower of Universal Loverhood
A towering monastery built in the name of love for all living things. Full of filthy pigs and cultists that have uncomfortably close relationships with them. You can stay if one of the pigs takes a liking to you. At the first pork joke you're expelled. 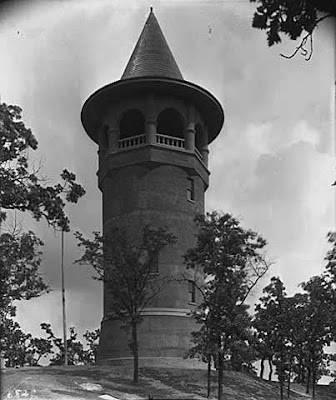 13: Celebrating the imminent birth of a new litter of piglets. Make the birthing ceremony grosser than I care to write here.
14: Ordaining a life partnership between a tall, spotty cultist and her favourite pig.
15: Feasting on fodder from a giant trough, allowing food to pass between the mouths of pig and man.

16-18: Howull
A town built around a huge sinkhole previously mined for deep-metals. Lies mostly in ruins. More dogs than people. You can stay the night if you can put up with the residents constantly interrupting you to explain why Bastion is terrible and Howull is great. 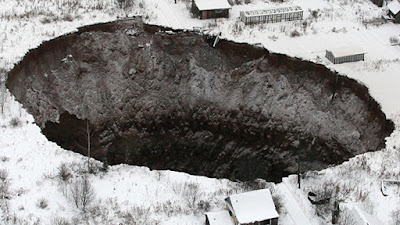 16: It's the annual dog cull, so people are chasing down the oldest dogs and throwing them into the sinkhole.
17: Something is stirring in the sinkhole, so the town militia are trying to get a boulder over to the sinkhole to drop on it.
18: The sinkhole is open for mining again! Some new rare metal has been found at the deepest point, and a mini gold-rush is starting.

19-20: Gran's Labyrinth
An ancient hedge and stone maze filled with deathtraps, now occupied by a sweetly malicious old crone (STR 5, DEX 5, WIL 7, 10hp, d4 Rolling Pin) that shouts bad advice from the tower in the center, luring you deeper inside. 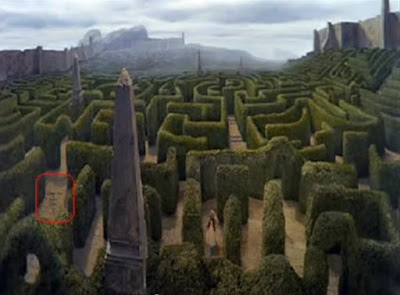 19: The concentrated smell of plum crumble is being pumped out of pipes around the labyrinth's enterance.
20: Silence. Gran is dead, and her porcelain collectibles (around 1g total) are up for grabs!
Posted by Chris McDowall at 12:41