Into the Odd doesn't have many moving parts, but your game should have lots of interesting decisions to be made. For interesting choices you need to:

A particular type of choice is a Dilemma, the tough choice.

When ruling a Dilemma, remember the mantra Pick or Push. 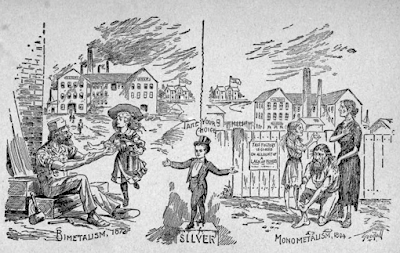 I have no idea what this drawing is about.

The players either Pick one OR Push for both.

If they Pick one, then they get exactly that, but they miss out on the other choice. Don't over-complicate the choice with too many hidden consequences. Keep it real simple between two things they want.
If they Push for both they'll have to do one of the following:
*This is the most detached but also fastest way of dealing with this, so use it carefully. Ideal for choices made through Delegation Play.

There aren't really binary choices in RPGs. The players are still deciding on an action, and they might do something different entirely. This system is just a framework for getting them making tough choices, so don't discourage them going off-grid. Most often these will just be one of the types of Push presented in the bullets above anyhow.

For our example we'll say the group are leading an expedition across the sea to find a mythical vortex to paradise. There are various points I could imagine these Pick or Push moments arising.

Preparing for the Expedition
You've only got an hour left before you need to head to your ship, and you can't be in two places at once.
- Extra Information: Head to the library and finish reading that guide to ocean storms that you were told to read.
OR
- Extra Resources: You never got around to visiting that wealthy relative who promised to help fund your expedition. He'll definitely pay a share of the bill if you go and visit him.

Possible Pushes
- Risk: Steal the book from the Library before heading over to see your Uncle (possibly DEX Save).
- Sacrifice: Tell the expedition to hold on while you do both, losing travel time.
- Smarts: Take the book and also extort the librarian for that extra money. (Really closer to a risk, but too good to pass up. Credit to +Chris Mata)

Keeping Morale Up
It's been a good few weeks at sea now. The crew are bickering, they're sick of the same old food, and they've caught onto the fact that you guys aren't exactly seasoned sailors. You could:
- Make them Happy Now: Right, let's crack out some extra rum rations and have a beach party at the next island we come across. They'll love you for now, but they'll be uspet later when the rum runs dry.
OR
- Make them Happy Later: Look, things are tough, but we have to press on if we're going to get to our destination. They'll be grumpy for now but if you can just get to your destination they'll be glad we stayed the course.

Possible Pushes
- Risk: Try to make a rousing speech (possibly WIL Save).
- Sacrifice: Give them a rest day. They'll be happy, but you're wasting time.
- Smarts: A work-dance. These guys love dancing right, so just work some swabbing and knot-tying into their moves. (Credit to +Joshua Macy) 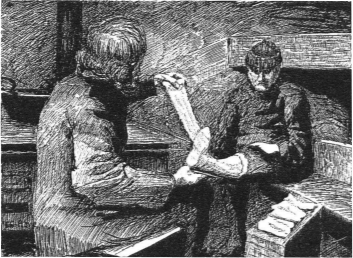 Other Pick or Push Moments on a Big Expedition
Getting a Ship: It's a Good Ship, OR it won't Bankrupt you.
Hiring a Crew: They're Loyal, OR they're Total Bad-asses.
Travel: Be Fast OR Be Safe.