Beyond the light of Bastion, the ocean itself becomes alien. Salty spray and queasy bobbing turn to black-mirror water, singing wind, and surging currents propelling you like a runaway train. All the while the distant stars grow into glaring suns, and the night sky a rainbow of cosmic light. 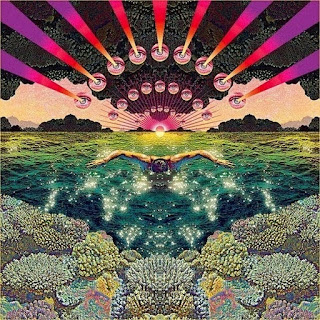 Seasoned travellers can glance at their surroundings and have no doubt as to how far they are from home. Those wanting to get to Bastion need only turn their backs to this light and sail back to normality. Others hold their nerve and head on to the Far Lands.

Snuff-nosed writers in Bastion's coffee houses decree that their city is "Chaos under a Veil of Order".

Those that see beyond the madness of the Far Lands see irrefutable signs of order and design. Every pillar of fire hides a core of ice. Alien cities house bizarre beings that all know their place and act as one. Great stone arches allow wind, light, and time to pass through in altered ways.

Underneath the veil of Chaos, these are deeply ordered lands.

Then comes the madness of asking who could put such things in order. 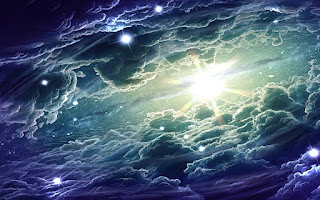 Firstly remember the Key Principles of Far Lands:
1. They are enticing.
2. They follow their own rules.
3. Everything is part of a design. ﻿

So in creating a Far Land to use in your game, they roughly translate to:
1. Make them want to go there.
2. Decide on a the rules of this place.
3. Give everything a purpose for being there, forget naturalism. 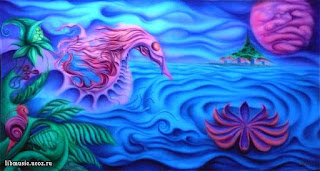 Now think about why this place isn't just some Deep Country backwater. If you want some inspiration then grab a couple of items from the list.


Now look beyond that. As with planar adventures in D&D, it's no fun to have the Plane of Water be literally endless water. There's a reason people think of the City of Brass straight away when discussing the Plane of Fire. 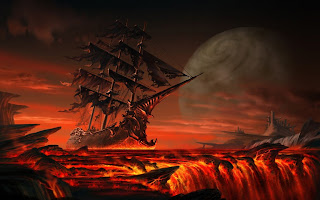 So let's run with that. Let's say this Far Land is dominated by a Water theme.

Because we'll need a way to distinguish this water-land from the ocean around it, let's use the "orbiting bodies" idea and make it into a floating sphere of water. Like a micro-waterworld floating in the sky. We'll call it Bauble for now.

How are the group going to get up there? Let them figure it out, but remember the laws of nature don't apply here. The seas underneath Bauble have mountain-like waves, so they could always try and ride one of those up there. 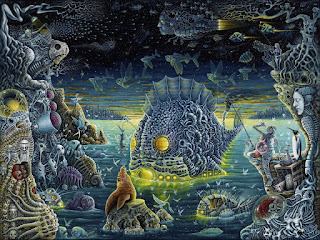 We need a Reason to Go There

Some players will just want to explore, but we need to put something on there that's going to draw them in. Let's say that, although it's a sphere of dark water, there's a blue light glowing from the core, and there's some sign of islands on the surface.

Now let's set the rules of this place. The sphere works like its own planet, but you can't break through the water no matter how hard you try. The islands are sort of a belt stretching around the globe, in fact they're more like a city.

A scary thing about the ocean is the sheer size of some of its inhabitants, so this equator-city is populated by towering eel-like humanoids. Now we need a way for them to further hammer home the concept of order, while somehow embodying our water element.

Let's tie them into the very existence of Bauble. They're one with the water, and have a sort of Hydrokinesis when they come together in pairs. Each pair is partly responsible for holding Bauble up above the rest of the ocean. 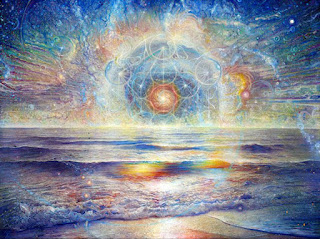 Why are they doing this? Something nasty held in the water, of course. So there's a sort of prison element too. Let's say the light shining from the middle of Bauble is some trapped super-being.

When it's time off from chanting to keep their world afloat, we want them to have some other alien-agendas. Let's say the pairs are working to a common goal, but have incredibly petty differences with each other. Some go so far that they're trying to sabotage the efforts of other pairs, risking their entire world just to make them look bad at their job.

So there we have Bauble.
- Floating globe of water, bound by a belt-like city around its equator.
- Dark water with a glowing blue light in the middle.
- Held aloft to keep a great evil from entering the greater ocean.
- Kept aloft by pairs of Colossal Hydrokinetic Eel-People.
- The pairs each support one part of the world, but try to sabotage each other over petty differences. 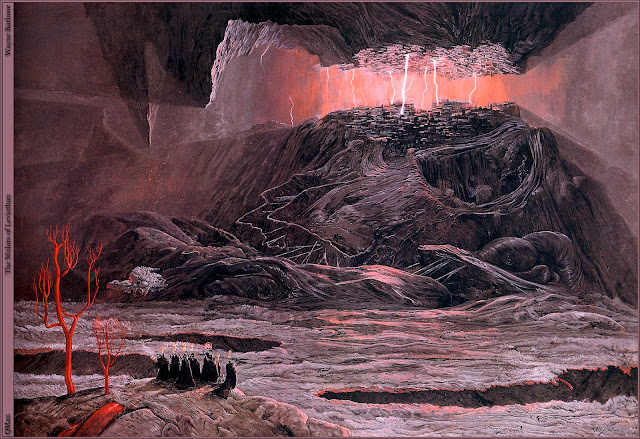