Go far out into Deep Country and you might encounter the gnarled old giants of Massiff Country.

Beyond even that, or maybe in a different direction (the maps are inconsistent), lies Auldskunterroy, or The Old Country. 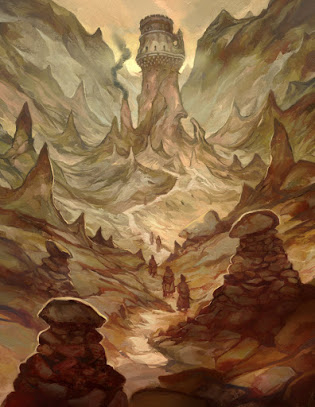 Where Massiff Country is old like a mountain, Auldskunterroyis the long shadow of our distant past, carrying on as if nothing has changed for millenia.

Auldskunterroyans have no idea Bastion exists.
Bationites know it's out there, but it's Deep Country so who cares? Some citizens claim to have Auldskunterroyan Heritage to explain why they act like such uncivilised idiots.

Auldcoin is no good in Bastion, and Bastion Coins are no good here unless they're re-minted with the appropriate markings. 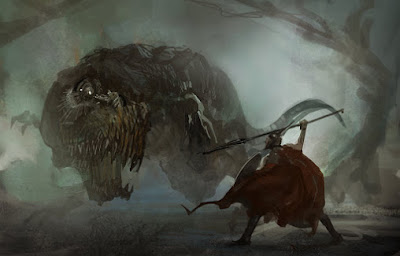 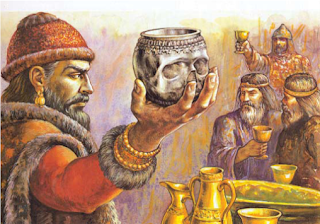 Roll 1d20 to see who you encounter. Use the same result to see what they're doing. 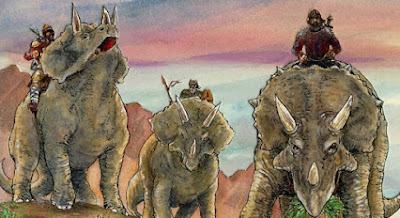 What are they Doing?
1: On a quest to slay Old-Man-Marshy, a colossal intelligent crustacean hiding in the swamp. This monster is a manifestation of the forgotten dead.
2: On a quest to escort a promised bride from the Melted Tower to their liege, Arch-Murderlord Bokburd.
3: Burning a pyre of dead birds to honour their dead. 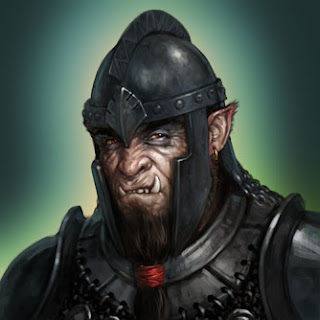 What are they Doing?
4: Beating down a family of farmers, pointing out that as they can see the tower of Castle Tong, they owe taxes to their Liege.
5: Ritually torturing half of the Trators-at-Arms as a means of honouring their murdered victims and ensuring their future allegience. After a while they swap and the tortured torture the torturers for a while. Owek is getting drunk on Mudwine.
6: Reading out the Statement of Domination to a herd of Blubber-Thuzzards that are gorging on waxy fungus. 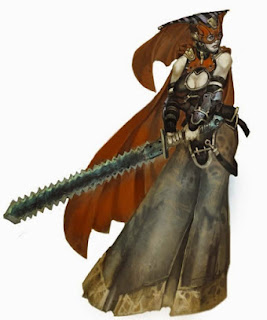 What are they Doing?
7: Riding to Castle Tong to reclaim it in her name.
8: Preparing an attack on a Cavewitch Colony, with help of a Cavewitch traitor. .
9: Cutting meat from  Behemoth-Thuzzard in preparation for a feast-and-vomit ritual to honour the dead 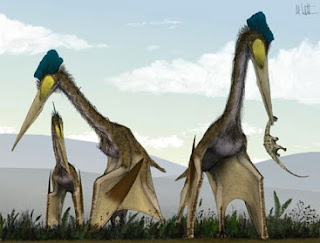 What are they Doing?
10: Sleeping peacefully.
11: Regurgitating live victims for 12 young in their nest-pit.
12: Chasing a Wise-Woman who thinks she can curse them, but the dead aren't listening 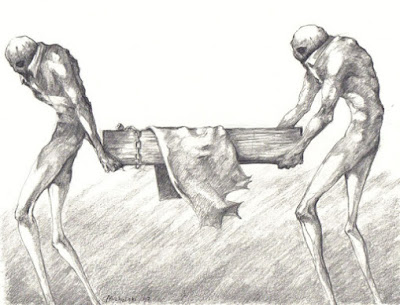 What are they Doing?
13: Coating a hunk of wood (the post an ancestor was tied to and beaten to death, now a relic) in fresh blood-wax solution to preserve it.
14: Sat in a circle debating the interpretation of a faded family tree.
15: Heading towards the mythical land of Bastion, to seek further information for their records. 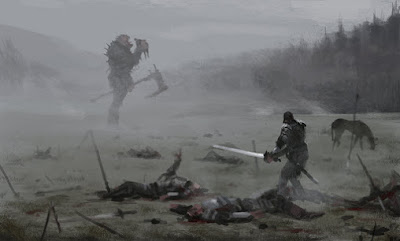 What are they Doing?
16: Tracking the Hellgullet-Thuzzards and trying to drive them towards Castle Tong to torment its residents.
17: Surrounding a fat old Cavewitch and psychically torturing him as a punishment for not contributing to the society. 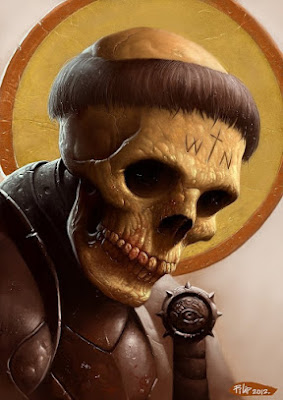 What are they Doing?
18: Meditating and allowing the guardian smoke to corrode his skin, as a means of becoming closer to the dead
19: Very slowly laying pebbles out in a pattern as means of honouring the dead.

20: Matchstick Spirits (Immaterial) The ghosts of those the group have killed, or loved ones that have died and not been honoured properly. They will give clues to their nature but generally just seem angry and in pain. If treated with respect they will slowly fade. If angered they will merge to form a black Dragon-like monster (STR 17, DEX 10, WIL 12, 20hp, Armour 2, d10 Darkness-Breath) and attack immediately, while taunting the group in the voices of the dead. 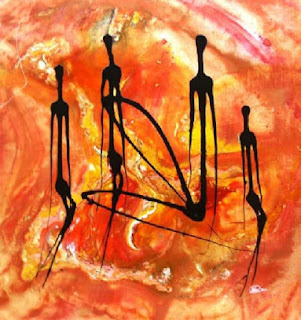 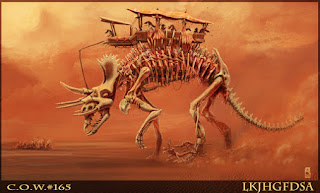 Labels: Auldskunterroy, DnD, into the odd