Following in Arnold's wake (although I totally already wrote about this topic years ago) I wanted to try an experiment in monster differentiation.

The Into the Odd Equivalent of 1HD, Leather, 1d6 Sword is even simpler, as you would expect.

I'm currently giving encounters a set of behaviours that you can bake special abilities into, so that will be our main point of differentiation.

Arnold did 5. So I'm doing 20. Coincidentally the number of Patreon Supporters I owe a reward to (plus two to round out the numbers). Something about being immortalised in a table? 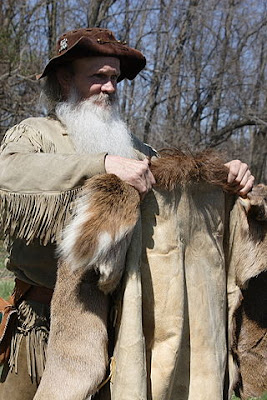 Deep Country has mountains like you wouldn't believe. Get beyond the smog, then past the clouds, and you might reach one of the flats that house tiny villages. 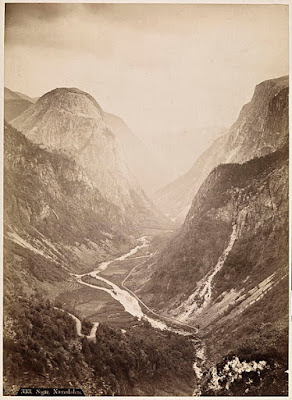 - Beckon you to do your duty by helping to erect vine-walls to keep the wind out, and air in.
- Confiscate any source of fire, and look for signs of sickness that would warrant being thrown off a cliff.
- Drive out any wildlife that might consume extra air.

- Look for the most well-built, or tallest structure to smash up.
- If there aren't any structures nearby, smash up some rocks into gravel.
- Gather in a circle for story-time, which always involves stories about smashing things up but also has a romantic subplot, which they swoon over.

- Offer guidance, but have no answers at all.
- Make a vague declaration and point into the distance.
- Stop for a nap every hour or so.

- Hang near to you and scream deafeningly, following you around and exhaling smoke.
- Do anything it can to provoke to you attack, even when you're already attacking it.
- If you bring one close to death it will latch onto you (STR Save) and blow up for d10 damage when it dies.

- Sing at the Sun while doing martial arts stances.
- Hunt down terrors of the night (anyone that has slighted them)
- Hit the Sun-Chord in Unison (takes d4 turns to get in-tune) and blast the area for d12 damage.

- Announce that this is the domain of the Fortress-Lady Karan and you should kneel.
- Head back to the Fortress (a day's march away) to tell a superior if you refuse to kneel.
- Follow you at a distance, hoping you'll keep the way safe for him.

- Tell you how this bit of land used to be a thriving slave-pit overseen by star-men.
- Point a gun at you if you try to leave in the middle of a story.
- Go off on a tangent.

- Invite you to hire the greatest mercenary company in Deep Country, claiming there are hundreds of them back at base (there aren't)
- Boast about the deeds of their great leader Oric Killerman (totally fictional)
- Run away from the first sign of a real fight.

- Mimic humanity.
- Get sad when left alone.
- Fly into a rage if anyone laughs in his presence.

- Beckon you into their tunnel with a dusty voice, for a meal of ashes.
- Cause you to crumble to dust on Critical Damage.
- Touch the ground to corrode a new tunnel into their mountain network.

- Teach the heathens of Deep Country about the Etiquette of Bastion, which he knows nothing about.
- Set up a picnic of disgusting burnt food, ringing a bell to attract those nearby to eat and learn dining etiquette.
- Challenge a disrespectful brute to an honour duel by stabbing them in the back with his rapier.

- Try to appear stronger than they are by flexing their meat-suits.
- Challenge you to contests of strength, involving massively complex rules and restrictions.
- Perform a burning ritual of their old meat-suits, carving up cattle to make new ones.

- Enlighten you on their texts that prove the existence of shape-shifting yetis, and the lack of any other astral beings.
- Attack anyone that tries to disengage from the debate.
- Set up their complex array of telescopes for an evening's viewing.

- Try to sell you useless crap they've stolen.
- Hook a trivial piece of equipment away from you (STR Save) and run at the first chance.
- Pile their junk into a shrine to their monkey-god of petty theft.

- Offer you a chance to feed or pet their steed.
- Muzzle their Naythun if it tries to scream out in repressed sapience.
- Defend their steeds to the death and nuzzle it uncomfortably.

- Offer you a gold coin to carry out a highly specific task.
- Gang up on you and stab you if you don't carry out the task to the letter.
- Stab any Faceless Patron that has their face revealed.

20: Roll twice, they've somehow joined together for a mutual benefit.

Disclaimer: There's legitimately no subtext here. I put names into a list, swapped some letters around, and created an encounter from that concept. Enjoy!
Posted by Chris McDowall at 11:04

Labels: DnD, into the odd, monsters