Adventure games that lack Reaction and Morale rolls baffle me.

Tense stand-offs with powerful beings. Chasing down fleeing minions before they alert serious guards. Rallying allies back to the fight. People that are on your side, but still jerks to deal with.

Don't you want more of that in your game? Who wants encounters so clearly divided into Fights and Conversations? Of course, the Referee can always include those things off their own back, but I like having the dice there to spark things off. 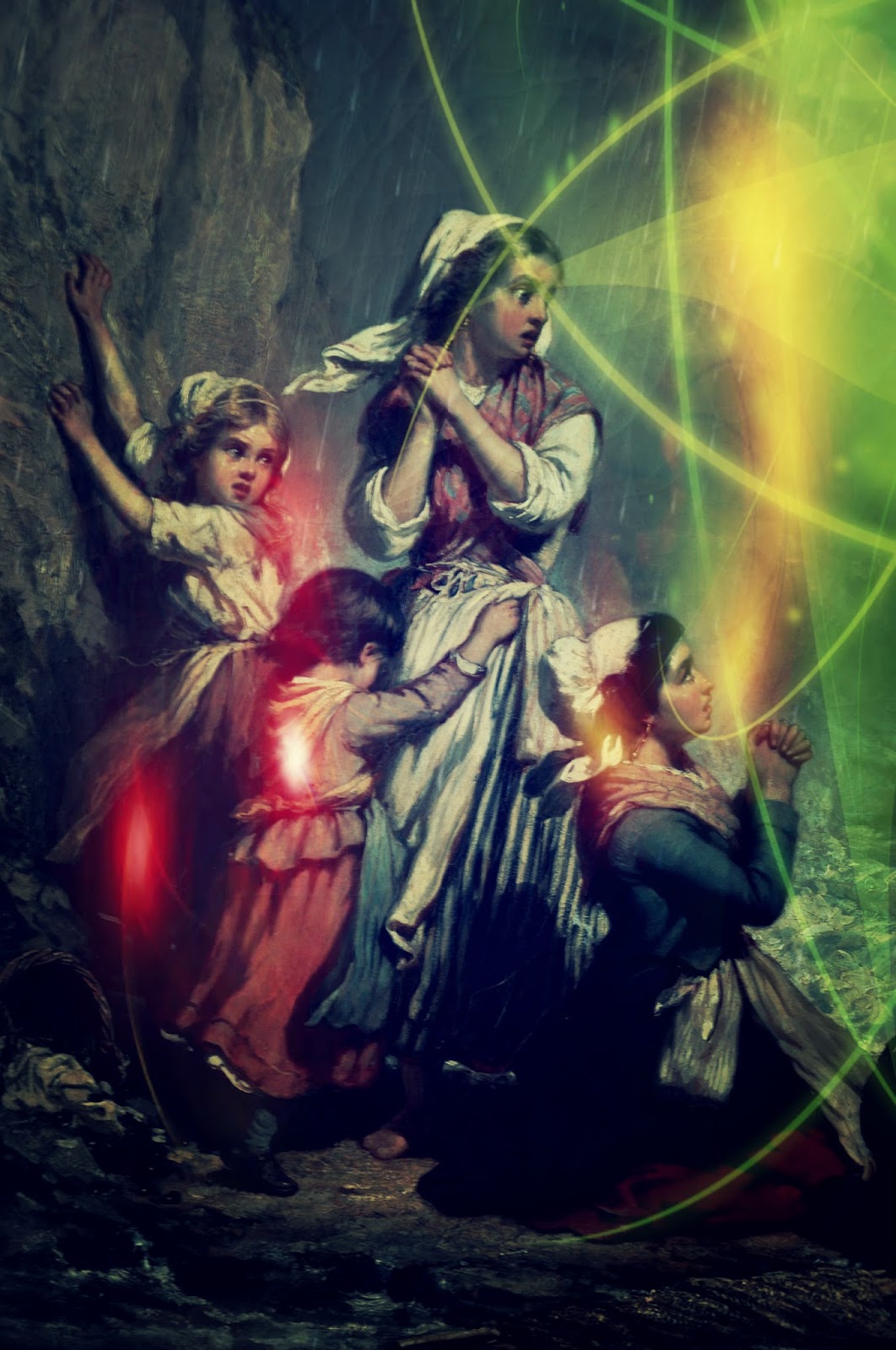 Into the Odd treats everything as a Save, and both "garnering a good first reaction" and "maintaining morale in combat" require a successful WIL Save. It's made clear that "a good reaction" isn't always friendly, and a bad reaction isn't always hostile. Depends on who you're encountering.

+Arnold K. 's recent blogpost got me thinking about this further. Is basing everything off one stat really a good enough way of doing things?

It works for me. And being as Into the Odd is currently at the printers, it isn't about to change any time soon!

But I'm going to steal a little nugget from Arnold's post. He has Intelligence rolls as a test to see whether the being acts intelligently. I like the openness of this mechanic, and it's much more useful than the limited way I initially presented WIL Saves.

You can expect a more well-written version of this ramble to make it into the Odd World Toolkit, but generally I'm going to run things like this in my next game.

At key moments, the Referee can roll a WIL Save for non-player-characters and monsters to see how they behave. These key moments include:
- When a fight is clearly going against them.
- When they encounter somebody new.
- When they are making a deal or formulating a plan.

If they pass, they act in an intelligent way for the situation at hand, and keep their cool. Consider how a smart player might act if they were playing as this being.
If they fail, they somehow misjudge the situation, or fall back on their base impulses in deciding how to behave.

The players are two hunters are tracking a floating slime creature. Unknown to them, their guns pose no threat to the creature, and it could kill them with ease. The Hunters make a noise in their approach, alerting the creature. It sees them and makes a WIL roll to see how it behaves.
Pass - The hunters pose no threat to the creature, but it wants to be left alone. It will try to hide, and if discovered tries to make contact with them to best determine the way to avoid further attention. If need be, it will kill them and hide the bodies.
Fail - The creature might attack immediately out of anger, or misjudge the hunters as a threat and flee.

A band of revolutionaries have been setting fire to wealthy properties throughout the night, engaging in on-and-off clashes with the players and local guards. The players are now mid-firefight with the revolutionaries and have thinned their numbers down to half. Things are clearly going in the favour of the guards and players. The revolutionaries make a WIL Save.
Pass - They make an organised retreat as best they can, splitting up if it helps them escape. They'll soon reorganise and strike somewhere the guards won't expect it.
Fail - Either a disorganised retreat, breaking the group up for now, or perhaps their passion gets the better of them and they fight to the death.

This all makes fights to-the-death a little more rare. In some cases it can even make a failed Save end up being beneficial, with some luck. It also puts rather more emphasis on the non-player-character or monster, rather than having the player roll WIL to get a good reaction.

All fine with me.
Posted by Chris McDowall at 17:17