The Worst Thing from Bastion's Underground

When the galleon, Emerald Sky, returned from an expedition to the Golden Lands, its entire crew were missing. Instead, the ship was being piloted quite expertly by an unnatural monster. The striding brain stepped onto Bastion's docks, snatching up a few unsuspecting stevedores, before squeezing through a refuse chute, vanishing beneath the city. It hasn't been seen since. 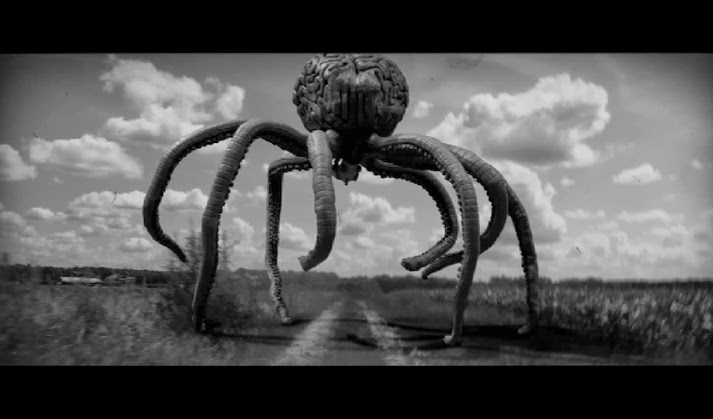 Striding Brain
STR 15, DEX 14, WIL 18, 16hp, Armour 2, Tentacles (d12).
Immensely intelligent, the brain will never fight when the odds are against it. Can climb as a spider, broadcast telepathically, and operate machinery with ease. It is motivated by gathering Arcana and materials to create a vast machine of unknown purpose in its lair.
On Critical Damage the victim is snatched up and eaten, crunched up by the creature's retractable beak.
Posted by Chris McDowall at 10:18

Labels: into the odd, Monster