The Odd World - Why Visit Starfall?

If Rosevine is longing for its glorious past and Bastion is a beacon of modernity then Starfall seems to have stumbled into this world from the distant future. Here's what the game document tells us about the Stolen City.

Some credit the bizarre architecture of Starfall to a fallen civilisation previously occupying the city, but many scholars claim it was built by the Astrals. Glass towers and steel pyramids house everything from factories to universities, some remaining inaccessible to even the wisest academics. Astral worshippers consider a pilgrimage to Starfall essential to gaining a true understanding of the world and the space beyond. The countless sects of astral worshippers have vastly different beliefs and agendas, rarely coexisting peacefully. 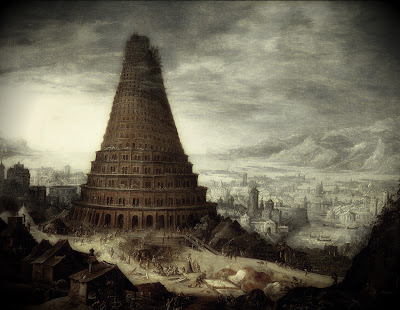 Things to do in Starfall

- Get involved in the street wars between sects of astral worshippers.
- Gain access to one of the many otherworldly structures of the city to find the truth inside.
- Work alongside smugglers bringing Arcana back into the city or shipping it out to one of the rival Sister States.
- Try to find out why an entire block of houses vanished overnight.
- Take your Arcana to leading academics to see if any further function can be uncovered.