The Odd World - Why Visit the Islands?

There's a whole world beyond the Sister States. Those that are most influenced by Rosevine, Bastion and Starfall are the Islands. Here's what the game document has to say about them. 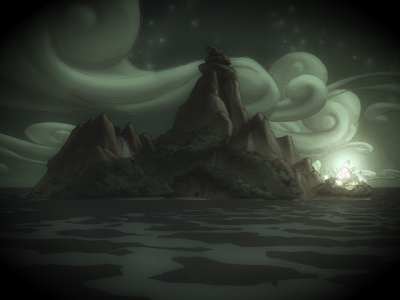 Things to do on the Islands
- Establish your own colony, peacefully or otherwise.
- Free the native population from colonial rule.
- Explore forbidden caves, jungles and swamps where natives tell of strange happenings.
- Track down the mythical wandering island.
- Try a new fangled submersible vessel and dive to the ocean floor to see the strange, metal wreckage lying there.
- Bring the joys of astral worship to the natives or free them of the influence of sinister sects.
- Just get away from everyone in the Sister States who wants you dead and work on your tan.
Posted by Chris McDowall at 08:34