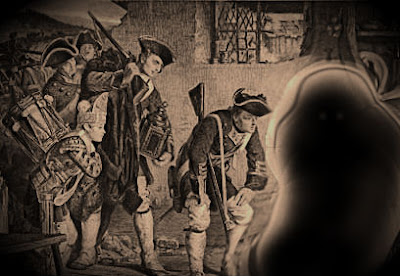 Black Shell
2hp, Armour 3.
Immobile and unable to attack as normal.
When reduced to 0hp the shell is broken and the creature within is released with immediate hostility.
The shell at first appears to be a glass-like cocoon. The writhing creature inside is only faintly visible in the darkness. Anyone that touches the cocoon attracts the creature's attention and is subject to its gaze as described below.

Creature Within
STR 14, DEX 10, WIL 12, 7hp, Armour 1.
A black, chitinous humanoid that strikes for 1d6+1 damage.
Its gaze can be targeted at one individual each turn, in addition to attacking. The target must pass a WIL Save or fall to the ground, paralysed until they have a Short Rest. If they are left alone with the creature while paralysed it will begin to regurgitate a viscous slime over their body, which soon hardens into their own Black Shell. By the next morning they are a Creature Within and trapped until the shell is broken.