The Kickstarter for Electric Bastionland is now live!

Click below to head over and secure your copy.

What is Electric Bastionland?

You are desperate treasure hunters, thousands of pounds in debt with only a Failed Career behind you. 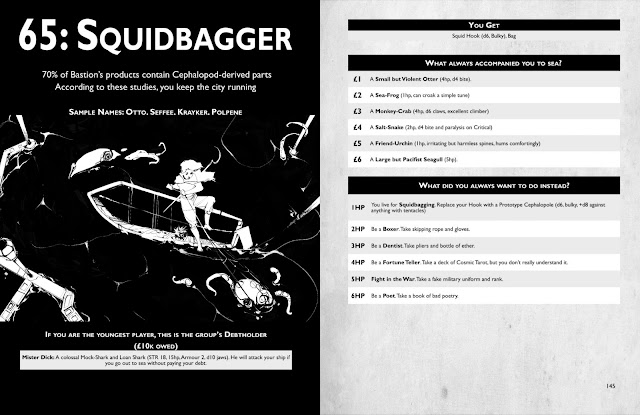 This is just one of the hundred Failed Careers you might start the game with. You might get something entirely different. 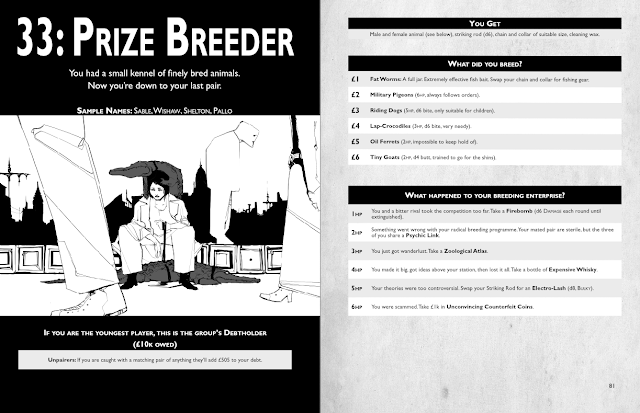 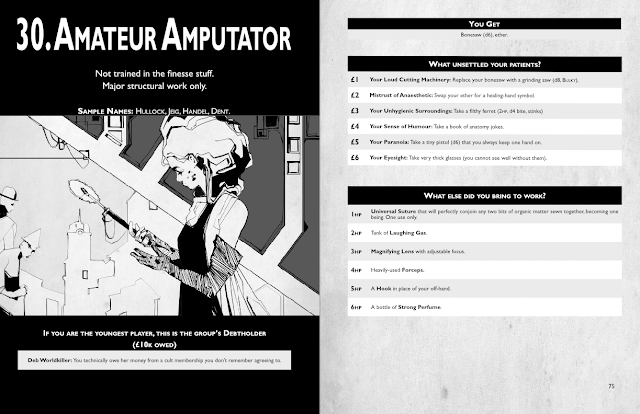 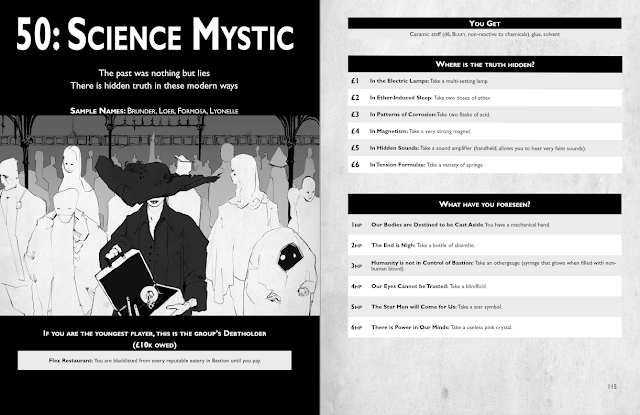 But your shared debt has bound you together, to do whatever it takes to make that big score.

How does this relate to Into the Odd?

Into the Odd is a game of industrial horror with fast character creation, simple rules, and flavour baked into every page of its tiny softback book. Electric Bastionland has the same speed and simplicity, but moves Bastion into the electric age, ramping up the flavour into a ~300 page hardback. 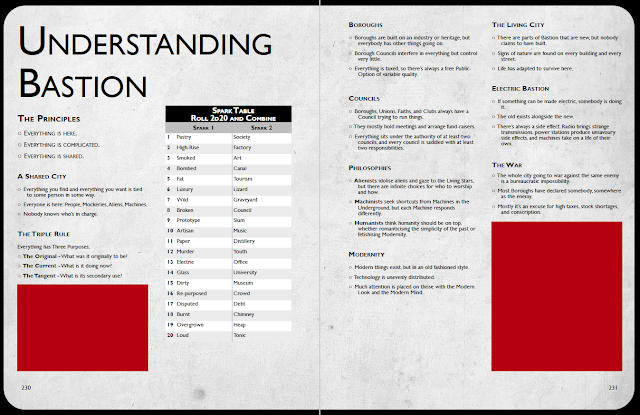 There's lots more advice and procedures for creating and running your own vision of Bastion, Deep Country, and the Underground. The whole book is illustrated by the brilliant Alec Sorensen, replacing those unsightly red rectangles in the screenshot above. He's got a unique style that suits Electric Bastionland down to a tee, and I think it's going to look quite unlike any other book out there.

Are the rules the same as Into the Odd?

It's essentially the same set of rules. There are Scars in place of the previous advancement system. These are lasting marks that make you stronger in the long run. Combat has been slightly tweaked to make ganging up on one target slightly less devastating. Things are still fast and deadly, but your death will be forecast a little more clearly.

Most importantly, all of the rules still fit on a two-page spread. 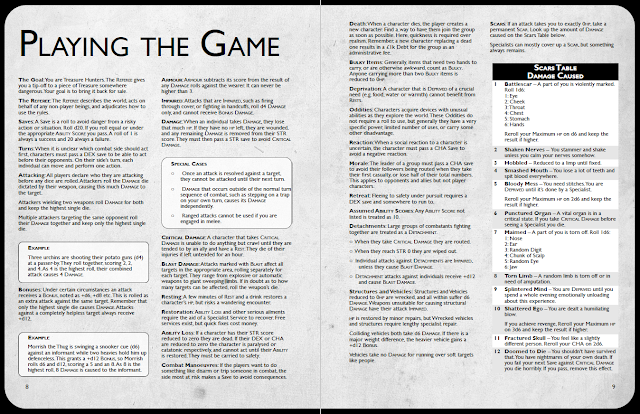 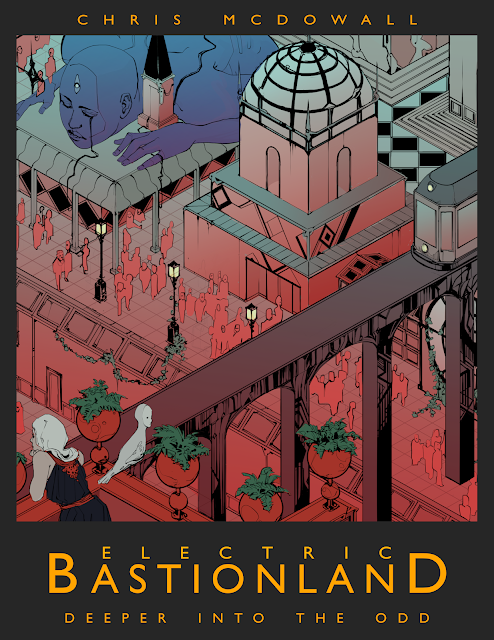 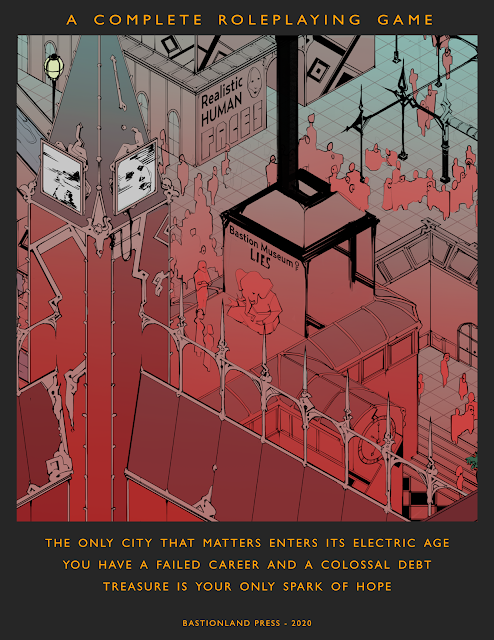