I ran a little further with the ideas in my last post. 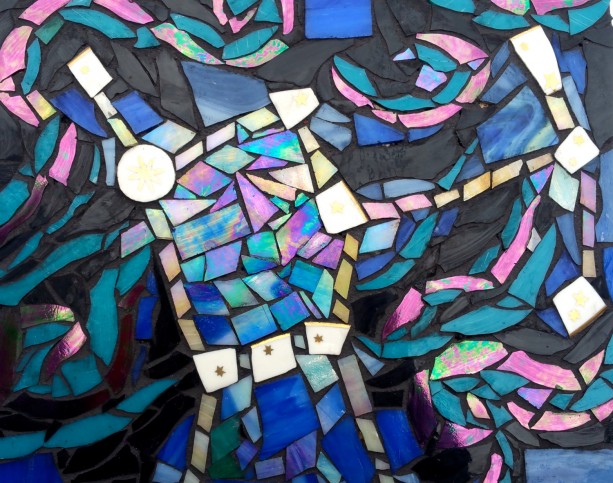 Humanity is scattered through space with oceans of time and space between us. Colonies are small and isolated. Most humans have been altered slightly.

Three Virtues of the Reliquary

Walkers
Houses grant access to specific types of Walker.
Power is used both to resist attacks and to power weapons and other systems. It Recharges fully at the start of the Rider's turn.
Systems cost 1 power to use as standard, may have Boosts that each cost an extra point of power.
Each can only be used once per turn unless specified with Multi
Passive systems do not consume Power, but are usually triggered in some other way.
Walkers have a Load score showing how many systems they can carry. Core systems are built into a Walker and do not count towards your Load.
Effects last until the start of your next turn unless noted otherwise.
Moving requires 1 power and moves you to an adjacent Zone.
Collisions causes d6 to each side, +d12 if one side is significantly lighter. Trampling a soft target incurs no damage in return. 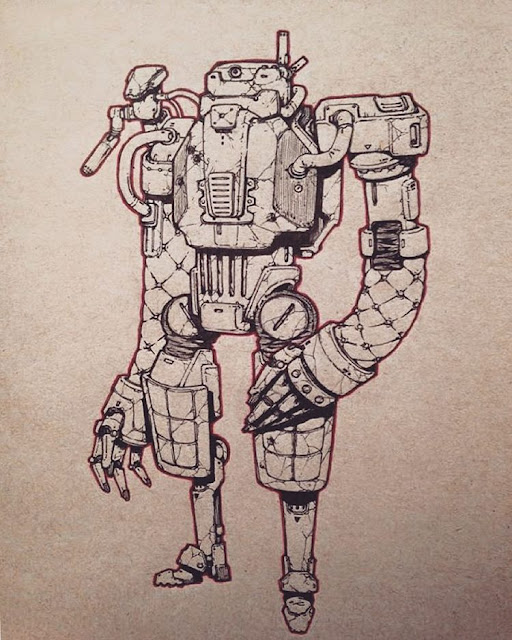 Attackers all declare their targets, then for each target the attackers roll their damage dice together and choose which single die to use. For cases where is is relevant, the roller of the chosen die is considered to have struck the hit.

Armour is subtracted from any attacks against you.

Damage is is deducted first from the target’s Power, then their STR. If they lose STR in this way they must pass a STR Save to avoid Critical Damage.

Dramatic HitIf you are taken to exactly 0hp, lookup the amount of damage caused on the table below.

1: Rider Hit: The Rider takes d6 damage.
2: Overheat: You only regain 1 power next turn.
3: Exposed: Now your Rider takes STR damage whenever their Walker does.
4: System Shock: A system of your choice is destroyed.
5: Power Surge: If you end your next turn with any power, take d12 damage.
6: Toppled: You are knocked down. Getting back up requires all of your power.

Rider Type
Roll d12 to see how you differ from humanity as we know it.

1: Born in the Holy: You were born on the Reliquary and have some contacts there.
2: Human-Plus: You don’t sleep or age. Ethereal and beautiful.
3: First-Colonist: Immune to toxins, can eat minerals. Stocky and lifeless.
4: Orbital: Control your personal gravity field. Soft and luxurious.
5: Stasis-Born: You can “tune” your perception of time and memory. Uncannily young.
6: Cyborg: You can patch just about any tech onto your body. Boxy and mechanical.
7: Eternal Soldier: You can elect to take a Scar in place of Critical Damage. Sullen and scarred.
8: Solar-Splice: Conjure dim light, immune to heat and radiation. Slightly red and demonic.
9: Robot: You’re a closed system but can interface with any tech. Smooth and clean.
10: Darkspacer: Perfect echolocation. Shadowy and tattered.
11: Voider: You can survive in a vacuum indefinitely. Grey and scaly.
12: Noble: Upper-class sorts like you, others don’t. Bright and Noble.


Twelve Houses are each entrusted with maintaining a specific set of Walkers. You begin with access to one House's Walker and its Systems.

Here are the first three. Boosts are noted as bullets after each System.

Lockdown Protocol (Core)
Root yourself into place for +1 Armour and Lock On to one target.

Impact Cannon 2d6, Long. Sum your best set of marching dice to a maximum total of 12.

Smart Gun D6, Long, Targets every enemy you Lock On to.

Chaff Cycling Every weapon you fire this turn gets +d6.

Tether-Bypass
Every gun you fire this turn receives all of its Boosts without the power cost.

Overclocker Every attack you fire this turn gets +d12, but you do not Recharge at the start of your next turn. 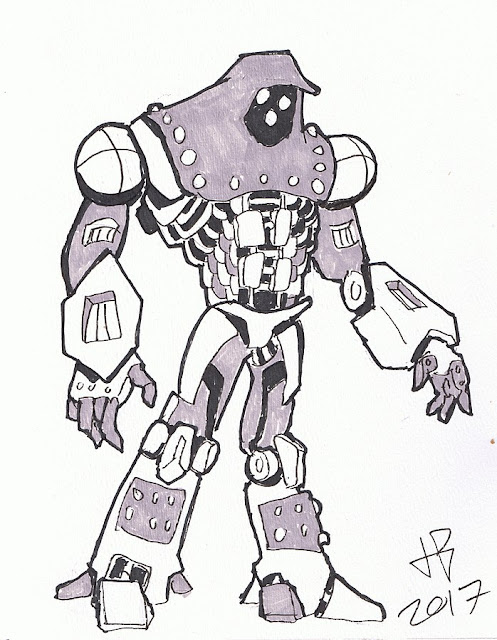 House Igoreck
The Gods Within

Wild Logic (Core, Passive)You get an extra turn all to yourself at the start of the fight and whenever you pass your Save vs Critical Damage.

Sunder Boost
If you cause STR damage to a target, destroy one system of your choice.

Endo-Convertor (Passive)
When you are reduced to exactly 0hp, in place of taking a Dramatic Hit you start your next turn with an extra 3 Power. 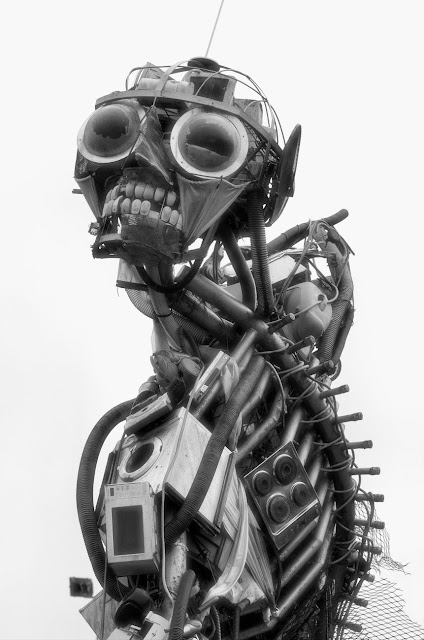 Alloy Stave
Your melee attacks get +d6 each.

Meteor Fists
Your melee attacks have a short range.

Black Rosary (Passive)
When you cause damage to a Rider the Walker loses d6 STR.

Server Protocol (Passive)
When you attack one target with three or more fists, disable one system.

Electro Flagellation (Passive)
When you take STR damage, +d10 to your fist attacks on your next turn.

Empty Vessel Protocol (Passive)
As long as you have no Power your Rider cannot suffer any harm.
Posted by Chris McDowall at 08:08