The exact geography of Bastion’s streets is less important than the route between key points. As such, Bastion is best mapped like a Rail Network.

ROUTES
Draw two or more circuits or lines denoting different Transport Routes, ensuring they cross over. These can be walkways, tramways, canals, boulevards, or others. Give each circuit at least one branch that leads to a dead-end.

Plan a Complication that comes with using each Route.

NODES
Dot a node at each point where routes cross, each corner, and each dead-end. Name each node after a Feature such as a significant building, park, or monument. List a couple of additional locations found around each Feature. More facilities can be added as you or the players need them, so flavour is more important here.

BACK ROUTES
If the group want to get between two nodes by a different route, there is always a dark alleyway or inconvenient short-cut. The same applies for attempts to explore further than your map currently extends.

NAVIGATION
Nobody has a city map of Bastion, but smaller sections of the city often have maps or signs to help citizens get their bearings. As such, you can show players the map you have prepared, but only reveal the details through their own investigation.

PLACING THE TREASURE
Treasures found in Bastion are either: 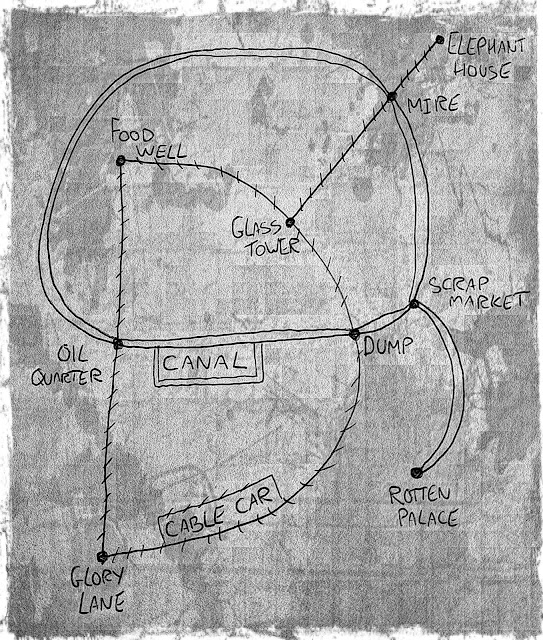