Unions and their Secrets
Anything from a club to a cult to an army. As a general rule they:
- Want your money and service
- Offer secrets that you want to be a part of
- Have a Cause 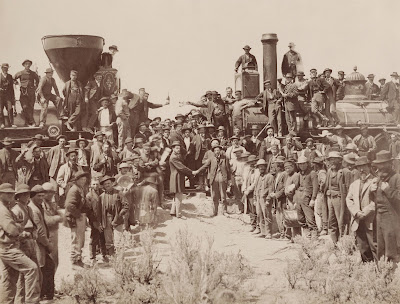 If you convince the Union you're on board with their Cause, they'll invite you along to a Ritual. This is either a load of pomp and ceremony, or a bureaucratic meeting.

If you can show that you've significantly contributed to the Cause, or just make a generous 10g donation, you'll be let into the true purpose of the Ritual for one night.

These rituals can be anything from industrial espionage, or sharing of knowledge, to full blown occult ceremonies. The many can call on powers the individual cannot. They can have one off effects, or leave the participants forever altered.

You'll have your own, but here's a couple, with their Cause in italics, and some example Rituals listed. They won't be performing Rituals every night, but they'll tell you what's on tonight and when the next instance of a known Ritual is planned.

The Arcphagers - For all that I eat, I must bring equal to Big-Eater.
Material Ingestion: Participants each eat a pure piece of an otherwise inedible material and have a bodypart of your choice turn to that substance.
Self Feeding: Participants each fish out a part of your brain with a hook (lose d6 WIL) and eat it to re-live any memory of your life in perfect detail.

Brother Gorging: Each participant brings a non-human corpse for the feast. If any of the creature's Ability Scores were higher than yours, those scores improve by one point. If the creature had any special abilities there's a 1-in-6 chance of you developing that ability yourself.
Idea Consumption: You learn a technique whereby if somebody tells you something, you can eat the idea out of their mind causing them to forget it, unless they pass a WIL Save.

The Tin Soldiers - Flesh is weak, Tin will protect Bastion at any cost.
Man-Hunting: You join a man-hunt for a known enemy of Bastion. They're open to suggestions.
Flesh Shedding: Each participant sheds a part of your body and have it regrow in its natural form.
Bastion's Wall: You learn this battle stance. When you take up the stance in a doorway or similar space, nothing can move you, but you take damage as normal.
Service After Death: Recently dead are brought in and reanimated as a Mock Soldier.
Posted by Chris McDowall at 09:58