Too much time in the Far Lands changes people.

If they travelled via the Underground, they have moved beneath time. What seems like a month-long jaunt from Bastion may have been several lifetimes of existence in an alien realm.

Some pick up a new look or religion. Others encase themselves in a metal shell and worship a bio-mechanical slaughter beast. 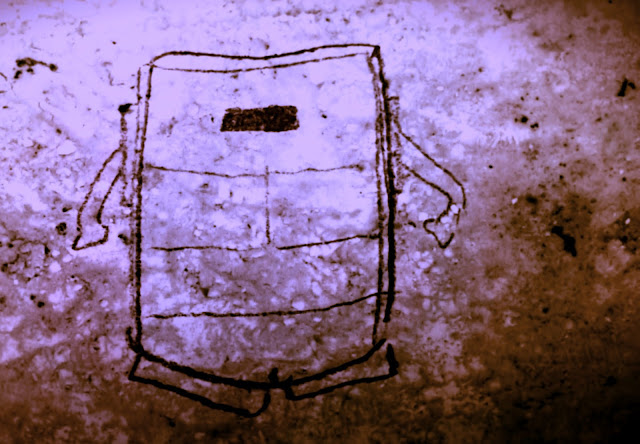 Roll d8 for the Boxmen's Order
1: Blood Box: Require fresh blood poured into their face-slit each day to avoid going into a cannibalistic frenzy.
2: Protectors: Always looking for a victim to protect, or more accurately a villain to punish.
3: Eat-Noise: Elitists that believe they have the duty to move across reality consuming everything.
4: Un-Rulers: Want to take down anyone claiming to rule another, to allow pure worship of the Gun Idols.
5: Downfallers: Really love watching things crumble.
6: Scab-Band: Believe that the holiest act is to almost destroy something and let it grow back stronger.
7: Sinking Ships: Believe that reality is ending any minute now, so help it along any way you can.
8: Ultimate Violets: Seek out all other false Gun-Idols and destroy them. 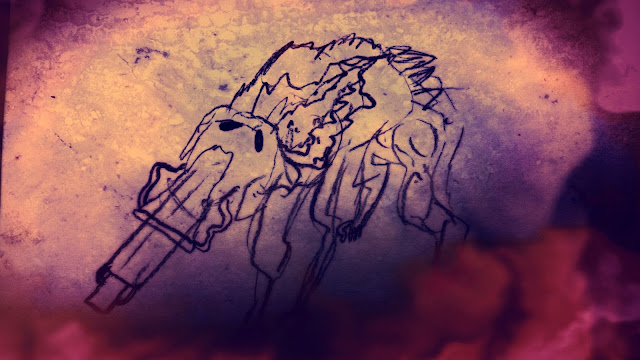 Roll d6 to see which type of Gun Idol the Worship-Team is following.

1: Redbird:  Beat its flabby useless wings (d6) and fire a beam of liquid red energy (d12).
2: Alchemiphant: Eats lesser minerals and excretes gold. Fires explosive blasts from a corrugated trunk (d12).
3: Sun Dog: Spends the whole day basking in the sun to fire a beams of black energy by night (d12).
4: Birther: Blind, its eyes gouged out in a past battle, it releases a swarm of explosive flying-things from its maw (d12 blast).
5: Melt-Child: Doesn't have a gun as such, but can glow with energy to melt everything within 50m (d12 ongoing damage, can sustain for rounds before requiring a day's rest). The worship-team have adapted their suits to be immune to this.
6: Raggy: All rotten and mangy, his gun has fallen off and his jaw hangs limp, but his team still worship him.