Bastionland, the Mouse Queen, and Getting Shrunk

The story goes that the Mouse Queen came to Bastion centuries ago, and gave us the knowledge of chemicals, guns, and dutiful work.

Before her arrival we were no better than the Deep Country idiots, whacking each other with wooden bats and cramming sour apples into every orifice for our own amusement.

Bastion is more occupied with being a city than being a nation. Nationalism usually only stirs into action when you have:
But the now impossibly old Mouse Queen has put forth a declaration of Nationhood from her hidden palace.

Don't let the name fool you. She looks somewhat mouse-like, but easily fills a room with her mass. 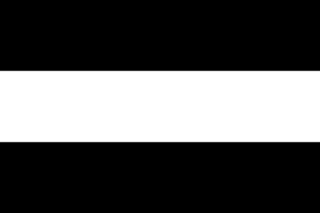 Maps are not appropriate to the idea. Instead, she simply proclaims our nation to reach all connected lands and islands reachable by ship.

Now we have something to work for. A unified world beneath our happy queen. She asks only that you spread Bastionland's Ten Modern Laws to the un-modern world.

A side-note on being Mouse-Sized

With all this talk of mice, you know at some point you're going to get shrunk. I've spoken about this before but could do with clarifying it for more general use.

If you shrink or grow then everything remains the same. You're just working on a different scale now that you're ant-sized or whatever. Things that may have been trivial or challenging before can be flip-flopped in terms of difficulty.

For contested things like combat you just have to work out if one combatant is Giant in comparison to the other. Anything mouse-or-smaller treats us as Giant. From a human point of view it would have to be a giant monster, something big enough to see you as a mouse. No real living land animal is big enough to apply. Whales, sure.

Combatants treat a Giant as a Detachment for the purposes of combat (they ignore individual attacks, and attacks against tiny-beings are Enhanced). Time to get creative with your plan of attack or form your own detachment of mice.

Consider which of the giant's attacks will actually benefit from this size disparity. Ever try shooting a gerbil? Stabbing a cricket with a pike? Generally only big sweeping attacks that are going to overcome your new smallness should be Enhanced in this way.
Posted by Chris McDowall at 10:00