You've probably heard the phrase "attack every part of the character sheet" from Arnold K. Let's flip that and see how the players can capitalise on every bit of your prep. 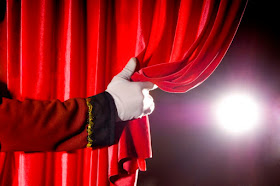 So what should you do to reward these exceptional player actions?

Expose the Map
I like giving the group a blank map anyway. For the most part I don't consider mapping a strong part of the challenge of my games, so I'd rather the players be tested other ways. It cuts down on a lot of time spent describing the spatial relationship between doors or sketching out rough drawings on paper.

But if the players find somebody that knows their stuff, let them have a partial or full map! If your environments are so lame that having the map negates all challenge then it's time to crank up your adventure location design.

Expose the NPCs
If they go to the effort of finding out about an NPC before engaging them, let them see their info. Show them the HP, their moves, their relationships with other NPCs.

Expose the Future
Somebody has probably worked out what's most likely to happen if the players do nothing. If they do their research then show them that timeline you've planned out. Of course, it takes a lot of time to get to that point...

Expose the Tables
Switched-on locals know the encounter table of their area. Of course there's a 50% chance of a rabid cat attack here, that's just how we live. The blister beast? Oh that thing doesn't come around all that often.

Expose the Mechanics
You're going to be making rulings when you run Into the Odd. Be transparent about it, and reward information gathering with full access to the sub-system you've thrown together for conker games or debate contests.
Chris McDowall at 20:18