Into the Odd - Full Version Print and PDF Release

That's right! It's finally here! Choose between PDF and PDF+Print.

Into the Odd contains everything you need to create a character and explore an industrial world of cosmic meddlers and horrific hazards. This is a fast, simple game, to challenge your wits rather than your understanding of complex rules. 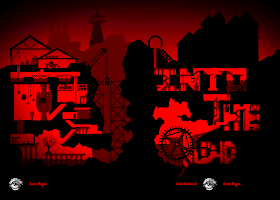 You seek Arcana, strange devices hosting unnatural powers beyond technology. They range from the smallest ring to vast machines, with powers from petty to godlike. Beside these unnatural items that they may acquire, your characters remain grounded as mortals in constant danger.

The game is 48 pages, containing:

Choose between PDF and PDF+Print. Printed copies are shipping out in January.
Chris McDowall at 18:09