I love interesting mechanics, but Into the Odd has like three mechanics total.

And none of them are very interesting.

But that ultra-light core is the game. Rather than limiting the mechanics you can use, the low number of moving parts frees you up to add in whatever you want.

Original creations, or things stolen from other games and blogs, can just be mixed in without messing up the core all that much.

So if a mechanic is interesting or fun, but too specific, fiddly, or hard to remember to become a full-on house rule, then bolt it onto an Oddity and call it a day. And remember, Oddities don't have to be just objects.

If, like me, you like your mechanics to have some sort of concrete attachment to the game world, this also helps with that drive.

So let's break the game. 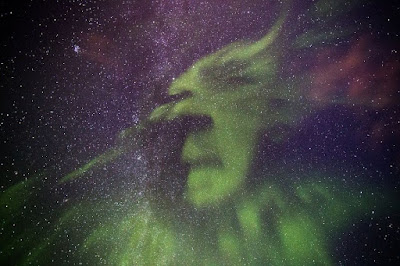 Tomorrow-Witches
STR 10, DEX 15, WIL 16, 10hp, Immaterial.
- Claim to be from Bastion's Tomorrow.
- Have a single Hack, and offer a single use to anyone they think might further their agenda.
- Know all about you. 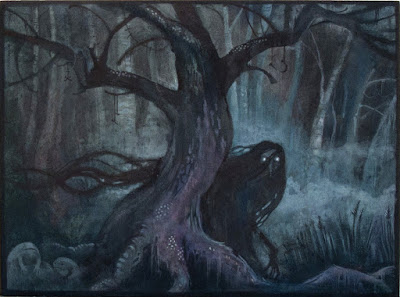 Roll d6 to find this Witch's Hack. Each has one use, and when you use it, any material part of it vanishes. A Witch can give out as many as she likes.

Posted by Chris McDowall at 13:06 No comments:

I run mostly one-shots and short-form campaigns, so it's no surprise that I like my character growth quick and messy.

Slowly increasing scores and damage output over months of play just doesn't mesh with how I use the game, so that's how you end up with my current home-variant of Into the Odd: Quick and Messy.

The messiness starts from the very birth of a character, with the goal of making characters equally interesting, if not equally powerful.

I'll let you in on how I'm currently generating new characters.

You also get d6x10p in pocket-change. Forget shopping; Pennies are lunch-money at best, but at least you'll be able to afford a drink.

Characters Growth happens in a number of ways, most notably through a refinement of my previous Scars system.

Then, roll d12 for your Vice. When you indulge your Vice, re-roll your maximum HP on 3d6, keeping it if the result is higher.

Scars and Vices are just one example of Foreground Growth, alongside the obvious changes that come with increased wealth.

Now I try to give significant NPCs and Monsters a way to permanently alter the characters through interaction with them. Something direct, not giving the gift of EXP to be spent abstractly.

Let's take three of the example monsters in the core book, which I'll give a quick update to my current methods. I've bolded the examples of Foreground Growth opportunities.

Dust Hag
STR 8, DEX 13, WIL 11, 7hp. Claws (d6), Dust Staff (Spray dust, DEX Save or Blinded until the Hag is dead or lifts the curse).
- Turn to dust at will, ignoring physical attacks (cannot do this if wet).
- Direct one of her eyes to fly independently, but she can still see through it. If you help her, she will offer to pull one of your eyes out to give you the same gift.
- Lives to manipulate others, and has no agenda besides stirring up trouble and gaining influence.

Beckoning Shadow
STR 10, DEX 17, WIL 13, 6hp. Shadow Form (Immune to any attacks, but bright light repels it, and being trapped in light destroys it).
- Moves across walls as a shadow, mimicking with mocking exaggeration.
- Lures the unwary to touch hands, then grabs for d6 WIL loss each turn until they break free. At WIL 0 they are absorbed into the shadow.
- If someone breaks free from the shadow, it flees, but the victim's shadow becomes a pit to nothingness until the shadow is destroyed.

Strange Hunter
STR 13, DEX 13, WIL 12, 14hp, Glossy Body (Armour 1), Beam-Gun (d8, Disintegrates on Critical Damage), Alien-Blade (d8, one-handed).
- Speaks an unfathomable language and phases from this place to his Far Land at will.
- Looks at you with disgust but only wants to find big-prey to hunt.
- Keeps a watch on you, and if it witnesses you kill some big-prey it grants you the Cosmic Mark on your forehead (if you allow it). Intelligent beings from other Far Lands will respect and fear this. 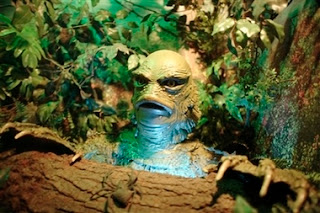