Beneath Time and Space (Using the Underground) 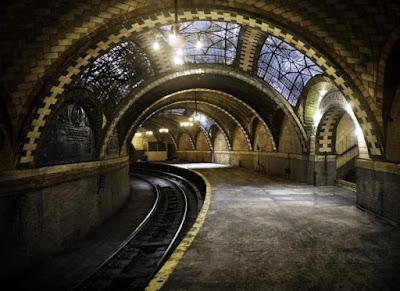 It has become increasingly apparent that the network of sewers, vaults, prisons, and transit tunnels beneath our great Bastion reaches further than we thought in every direction. Indeed, the subterranean distances and directions, and the time spent travelling them, appear to behave independently of the surface.

An hour along the same raging river could put you in the middle of the city, or weeks into Deep Country, depending on a single turn. A week-long slog through twisting caves might bring you out just a few streets away from your origin, mere seconds after you left. 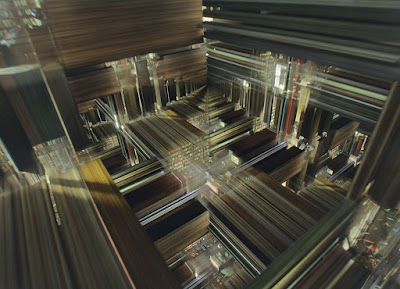 Quite where the boundaries lie between our own sub-architecture, that of our ancestors, the natural geological caves, and the imaginary horrors of the traumatised is open for much debate.

Of great interest are the rumoured connections to the Far Lands. While ships sail for months to reach those distant shores, those-in-the-know can crawl there in a few hours. It is supposed that this method could also be used by bizarre entities in the other direction. 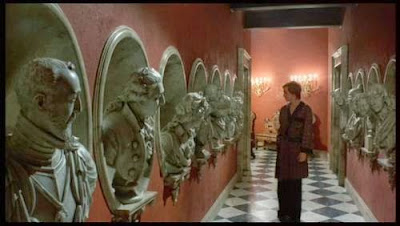 The prevailing danger and complication of these routes makes them appealing only to the impatient or terminally thrill-seeking. The more useful an Underground passage is, the more deathtraps and diversions exist along its way. Many obstacles are so specific and sadistic that they must be serving as amusement for some unseen observer.

As we know, any person or creature that makes its home in the Underground is certain to be twisted beyond redemption. . 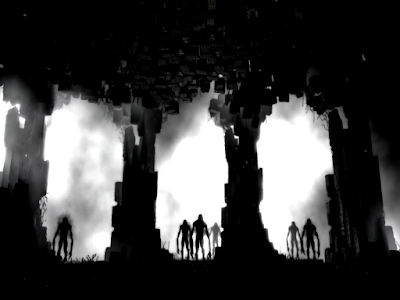 1. It connects everything.
2. It's slightly outside reality.
3. Everything is a challenge. ﻿ 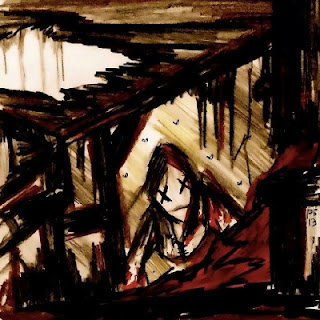 And let's use them to better fit an existing dungeon into the Underground. Designing the dungeon was the hard part, so now we just need to check each of the key principles are represented.

1. Connect Everything
I'm assuming that the dungeon entrance is in Bastion, so this bit of the city should feel connected to the dungeon. The Long Stair is actually found at the top of a crumbling old tower, with its own logistical problems when it comes to access. Upon heading down the long stair, from the tiny top-floor, it's clear that you're entering a space that shouldn't be there.
Now let's say that the chute in Room 8 now leads to the Far Land of Scrapheap. Perhaps this is where the Rusty Man emerged from.
I'd also have another exit off to the greater Underground, perhaps connecting to a part of Deep Country. Perfect opportunity to create a new location connected with the purpose of the Rusted Vault. An abandoned fort with clues of experiments on creating metal-soldiers. 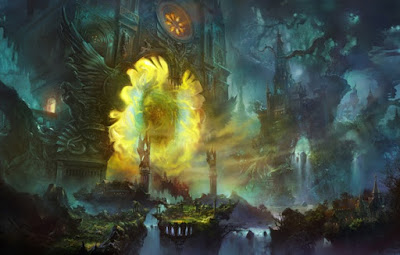 2. Shift Slightly Away from Reality
There are plenty of weird things down here, so I think we're safe with this. As a rule of thumb, imagine a weirdness scale with Bastion at the less extreme end and the Far Lands at the other. The Underground sits somewhere in the middle. Think of the alien influence of the Far Lands twisting the human element and familiarity of Bastion. 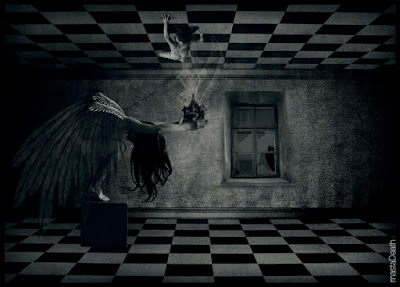 3. Add Challenge
There are lots of nasty things down here to stop it being an easy ride, but the connection to Scrapheap in Room 8 now feels a little convenient. Let's say that it really leads to a rusted labyrinth where the Rusty Man keeps a few human prisoners. He's the only one that can let you in or out this way, but
somewhere in the maze there's a metal-being that will try to lure you to Scrap Heap as her prisoner. 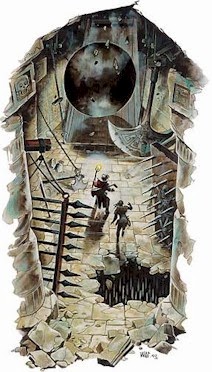